11 people have died in the western state of Rajasthan, India -- after a lightning strike near a watchtower at the 12th century Amber Fort -- the tourists were taking selfies when the lighting struck and killed them all.

Shankar Lal Saini, a senior disaster management official in Jaipur spoke with CNN, where he said that the lightning struck the tower -- which caused its walls to collapse, and buried people with rubble. He said: "Since the fort is on a hill, when the debris was falling and space reduced, some people also fell into a ditch".

India Prime Minister Narendra Modi tweeted: "Saddened by the loss of lives due to lightning in parts of Madhya Pradesh. The State Government will provide all possible assistance to the affected. From the PMNRF, Rs. 2 lakh would be given to the next of kin of the deceased and Rs. 50,000 would be given to the injured".

There were other lightning strikes and other deaths across India in the last 24 hours, with 38 killed across several districts of Uttar Pradesh. Thunderstorms and monsoon rains are a yearly occurrence in India, but 11 people being killed by lightning while taking selfies is pretty crazy, and very sad.

There are around 2000 Indians killed each year by lightning strikes, according to national officials. 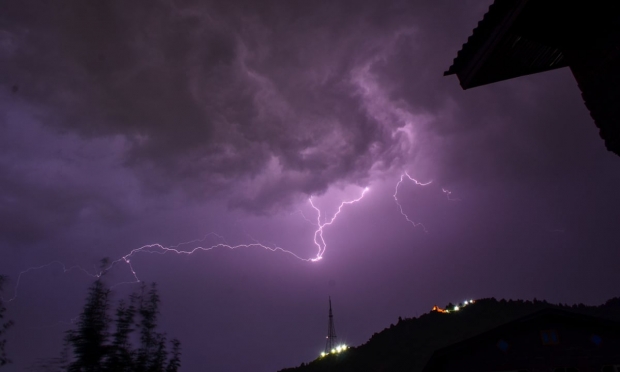