Elon Musk has just tweeted out a meme that shows a toddler car seat and a traditional, cheap racing car-inspired gaming seat saying that they are all the same.

Instantly, the price of DOGE went up with bots buying up Dogecoin with Musk's tweet -- secondly, within a single minute Razer CEO Min-Liang Tan tweeted, saying "Right - maybe we should make a toddler car seat too". We all know how it goes, Razer says or unveils something that we all think is stupidly overkill or insane -- like a Razer toaster, and then they do it.

So I guess we now live in a timeline where Razer could eventually release a toddler car seat... and maybe Musk will collaborate with Razer on a Tesla-inspired gaming chair? I mean, that would be freaking awesome and it's not something too out of the question.

Musk is a big gamer, and so is Min-Liang Tan -- they are both rich, both run successful companies, are both gamers, and love doing crazy product releases. We already have the noblechairs Mercedes-AMG Petronas F1 Team - 2021 Edition gaming chair which is styled beautifully... but I can only imagine what a Tesla x Razer gaming chair would look like. 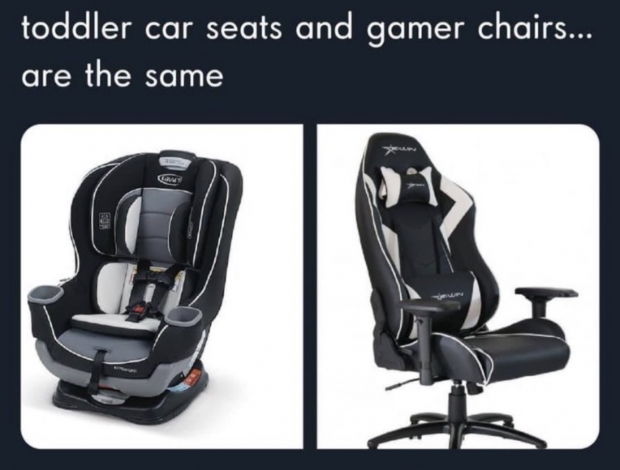