On July 5, NASA's Mars helicopter conducted its 9th flight, and throughout the flight, the helicopter snapped an image of a "heart" made by Perseverance. 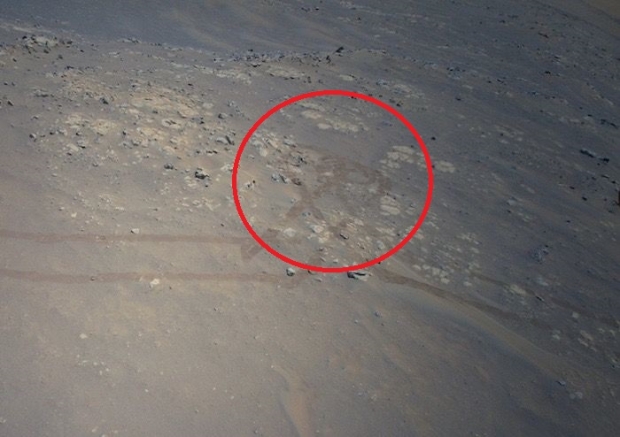 The latest Ingenuity flight happened last Monday, and throughout the flight, Ingenuity came across some tracks that were made by the Mars rover Perseverance. The tracks showed where Perseverance made a slight detour before changing back to its original route. On the surface of the planet, we can see tracks that seemingly draw a rough sketch of a "heart" shape.

For those that aren't caught up with NASA's recent Mars missions, Perseverance and Ingenuity landed together in early February with the main objective of finding evidence of past Mars life in the Jezero Crater. Ingenuity chief pilot Havard Grip and Perseverance deputy project scientist Ken Williford wrote, "Captured in those images are rock outcrops that show contacts between the major geologic units on Jezero Crater's floor." For more information on this story, check out this link here.