MSI looks to be working on a new custom graphics card, with the GeForce RTX 3070 SUPRIM SE x GODZILLA teased -- and it looks incredible. 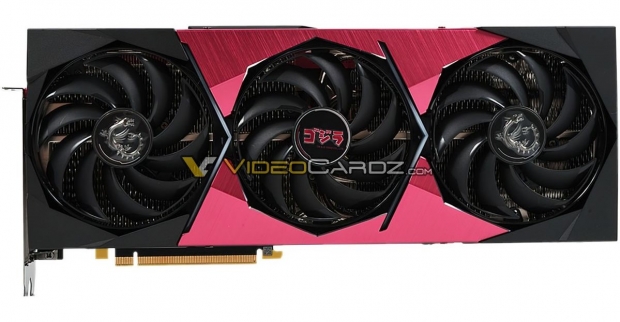 But I think the biggest interesting fact is here that MSI managed to get the word "sex" into the graphics card name, "SUPRIM SE x GODZILLA" -- I mean, LOL. Anyway, the new MSI GeForce RTX 3070 SUPRIM SE x GODZILLA is part of the Lite Hash Rate (LHR) series which has its crypto mining powers gimped.

The custom theme that MSI has used on the GeForce RTX 3070 SUPRIM SE x GODZILLA looks fantastic, with the front cooler getting a red/black theme treatment -- but man-oh-man the backplate is something I need in my gaming PC as soon as humanly possible. 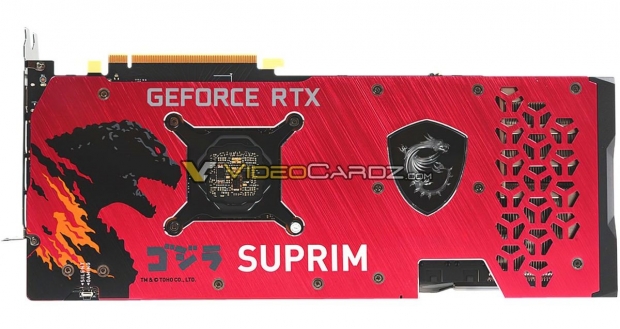 The backplate has a beautiful red color that is something that I'm sure looks even better in person, with the brushed aluminum painted in amaranth color with GODZILLA roaring at the RTX 3070 GPU and 8GB of GDDR6X memory on the back.

MSI is a big fan of dragons obviously, but now it has two dragons on its new GeForce RTX 3070 SUPRIM SE x GODZILLA graphics card. The new card is aimed at the Japanese gaming market, but I will be reaching out and asking if they'll be kind enough to send me one over for review.