El Salvador is already the first country in the world to adopt Bitcoin as legal tender, but now the country will be giving every single citizen $30 in Bitcoin which is only going to do wonders for the country... and cryptocurrency in general.

President Nayib Bukele explained: "The wallet app will even work anywhere with a cell connection, and you won't have to have a cell plan for the app".

Binance CEO Changpeng Zhao tweeted about the news, applauding the fact that El Salvador is adding 6 million people to the cryptocurrency ecosystem in one shot.

El Salvador will begin accepting cryptocurrencies, including Bitcoin, as legal tender on September 7 -- just over two months from now. Between now and then, we'll have the free $30 in Bitcoin through an aidrop to Salvadorans -- with the El Salvador government working with major cell phone operators to offer the national Bitcoin wallet optionj.

If you consider over 70% of Salvadorans don't even have a bank account or debit card, but many of them have a smartphone... this is a major shift for El Salvador, and the world. Airdropping free Bitcoin to their citizens, is going to be very appealing to millions of people. 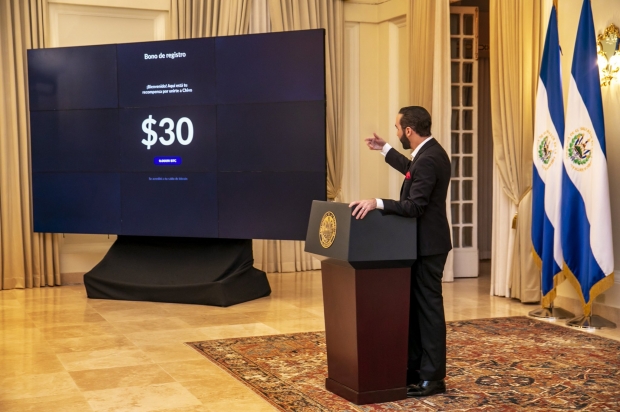