The Hubble Space Telescope, despite being 30-year-old technology, is still managing to shock onlookers at the quality of images it can produce. 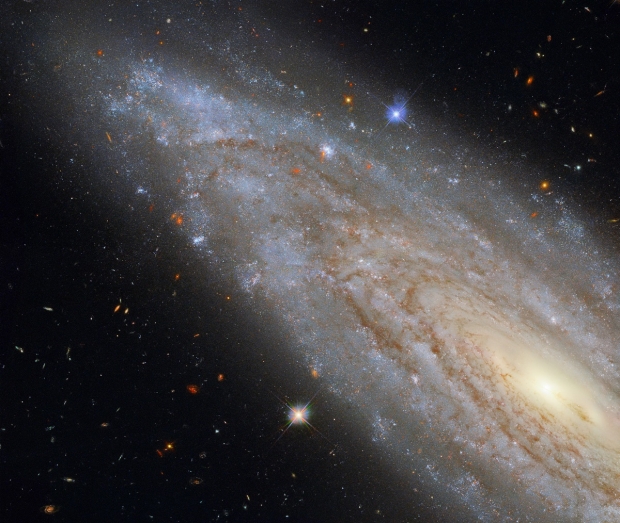 The above image is of a spiral galaxy named NGC 3254, and in order to capture this image, Hubble used its Wide Field Camera 3, which can observe ultraviolet light, visible light, and infrared light. How is an image like this created? According to NASA, the image is a "composite of observations taken in the visible and infrared". NASA also explains that NGC 3254 has a "hidden secret" hiding in plain sight, saying that NGC 3254 is actually a Seyfert galaxy.

For those who don't know, Seyfert galaxies have an extremely active galactic nucleus and belong to a class of galaxies called "active galaxies". Seyfert galaxies are galaxies that have "supermassive black holes at their centers accreting material, which releases vast amounts of radiation". These active cores can release as much energy as the entire galaxy put together. If you are interested in reading more about this story, check out this link here.

In more interesting Hubble news, NASA is currently struggling to get the space telescope back online after it experienced a glitch. More on that story here.