Hell, even previous-gen and second-hand GPU prices are insane. 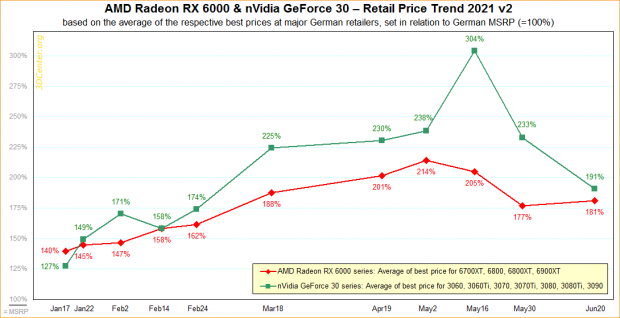 But according to a new report from 3DCenter, GPU prices and availability are beginning to improve. The site tweeted out that NVIDIA GPU availability has increased "greatly" while "prices go down" from over 133% the MSRP, to now only 91% over MSRP... but as they said, and I want to emphasize: there's still a long way to go.

NVIDIA GeForce GPUs are selling in higher quantities than AMD Radeon GPUs but, for some reason everyone continues to report that they're sold out purely because crypto miners are buying them -- and that recent changes in Bitcoin and Ethereum prices are deterring people from buying said NVIDIA GeForce GPUs and availability is improving.

NVIDIA now has its Lite Hash Rate (LHR) series cards, with the new GeForce RTX 3080 Ti and GeForce RTX 3070 Ti gimped at mining ETH... as well as the Crypto Mining Processor (CMP) series that are crypto-focused mining GPUs from NVIDIA and their AIB partners. 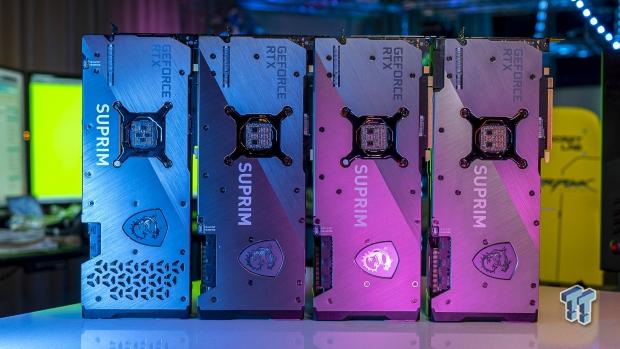 This is another reason that I do not believe -- the introduction of the crypto-focused GPUs wouldn't bring the price down of the gaming-focused GeForce RTX GPUs because isn't silicon and the parts around it, in such dire straits when it comes to supply?

Yet these companies can pump out new GPU after new GPU, and then new mining GPU after new mining GPU, and tell us it's because of crypto miners that the GPU availability is so low? How about NVIDIA doesn't make CMP series GPUs for miners specifically, chewing up that precious GPU silicon and GDDR memory.

Anyway, according to the 3DCenter data the prices of NVIDIA GeForce GPUs spiked up 304% over the MSRP in Germany on May 16... that was the peak, and it has now come down to 191% -- so GeForce graphics cards still cost around double the MSRP.