4A Games will use what it learned with Metro Exodus as a template for future next-gen games. 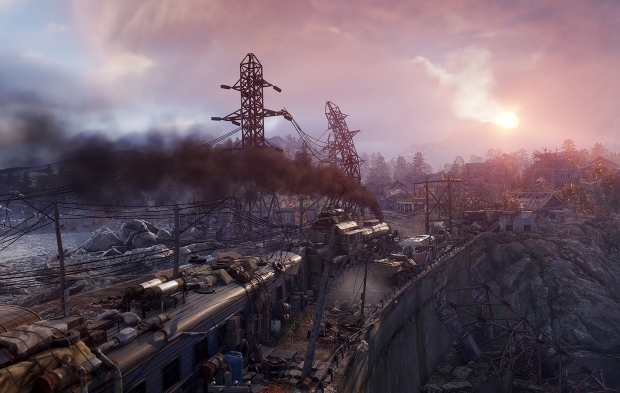 Metro Exodus' next-gen PS5 and Xbox Series X upgrades were a test run for 4A's next console games. The team used these upgrades as an opportunity to experiment with new features like ray-tracing and see how far the consoles could be pushed. As you can see in videos or by playing Metro Exodus on next-gen consoles, the results were pretty favorable.

In a recent blog post, 4A Games talks about the game's enhancements on a more in-depth level and discusses the processes that played a critical part, including upsampling, geometry improvements, and tweaks to its ray-tracing systems and denoising effects.

4A says that PS5 and Xbox Series X/S were capable of running their potent full per-pixel RTGI (Ray-Traced Global Illumination) system which is responsible for the game's incredible RT lighting effects. The devs also overhauled their denoiser to make it more GPU friendly for consoles, likely using AMD's FidelityFX denoiser which can improve appearances with RT on.

Upsampling is incredibly important too. Consoles are powerful but they're not PC-levels of powerful, so developers typically have to dial back resolution in order to maintain solid frame rates. 4A explains:

"Our console versions have always targeted rock-solid stable, V-Sync-locked framerate, so that means that we need a way to stabilize frame render time even as the computational load varies considerably.

"Rendering at lower internal resolutions and upscaling provides us with a solution to this problem but reconstructing a higher resolution image from the data available in a lower resolution image requires a lot of work in order to make sure that the image quality remains as high as possible.

"A lot of work has gone into balancing this technique both for the final quality (which is to say the quality of the entire output image) and the speed at which this process operates."

4A Games says they will use everything they learned with the current Metro Exodus upgrades on PS5 and Xbox Series X/S to fuel their future games.

Right now the developer is working on the next mainline Metro game which will be exclusive to next-gen consoles and PC, and will feature online multiplayer for the first time ever.

"The groundwork has been laid though and we have successfully brought a product to the 9th generation consoles complete with essentially our entire Ray Tracing feature set. This sets a baseline for this generation's future projects.

"As it stands then, we can say for sure that projects of this generation, across all targeted platforms, will be based off of this raytraced feature set. That is great news for the end result: it is allowing us to produce scenes with the highest level of graphical fidelity we have ever achieved and that is what the public gets to see, though these features are just as important behind the scenes."