Elden Ring is one of the most exciting games coming in 2022, but it took a while before the game was ready. A long while. In fact, George R.R. Martin's work on the project has been done for years now. 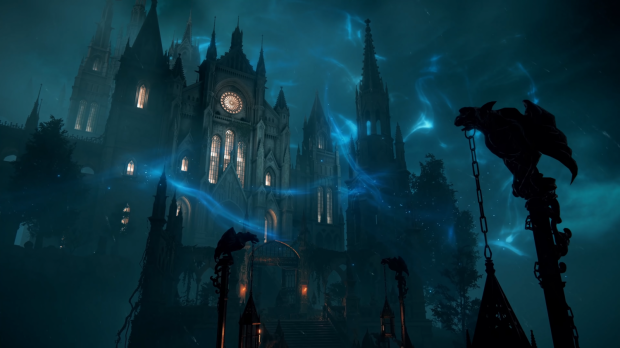 For Elden Ring, Hidetaka Miyazaki and FromSoftware wanted to create a new world set in an expansive dark fantasy mythos. So they hired one of the best worldmakers in the business: A Song of Ice and Fire's George R.R. Martin. This collaboration has been in the works for some time; Martin says he was hired to make a template for Elden Ring's setting. After he was done, FromSoft adapted it to fit their needs.

"It's actually considerably different [than writing a book]. I've played some video games, I'm not a big video gamer. The game is called Elden Ring. My work on it was actually done years ago. These games, they're like movies, they take a long time to develop," Martin said in a recent interview with PBS Chicago.

If George R.R. Martin says it's taken a long time to make then you know it's an older project.

"Basically they wanted a world created to set the game in. They wanted world-building as a big factor to sci-fi or fantasy. There's the characters and the plot, but the setting is almost as important to everything else, Tolkien's Middle of Earth [for example]. I worked up a fairly detailed background for them and they took it from there and it's really been several years since I've last seen them."

We actually know a fair bit about Elden Ring.

The game takes place in the fantasy realm of the Lands Between, a world riven by a terrible curse that has afflicted lords and great knights, corrupting the land in blight. The protagonist takes on a heroic savior role to rid the realm of evil, searching for the mythical Elden Ring.

The Golden Order has been broken.

Rise, Tarnished, and be guided by grace to brandish the power of the Elden Ring and become an Elden Lord in the Lands Between.

In the Lands Between ruled by Queen Marika the Eternal, the Elden Ring, the source of the Erdtree, has been shattered.

Marika's offspring, demigods all, claimed the shards of the Elden Ring known as the Great Runes, and the mad taint of their newfound strength triggered a war: The Shattering. A war that meant abandonment by the Greater Will.

And now the guidance of grace will be brought to the Tarnished who were spurned by the grace of gold and exiled from the Lands Between. Ye dead who yet live, your grace long lost, follow the path to the Lands Between beyond the foggy sea to stand before the Elden Ring.

And become the Elden Lord.

That sounds pretty epic to me.