In an effort to stop Amazon CEO Jeff Bezos from ever putting two feet on the ground again, thousands have signed a petition to deny him entry back Earth. 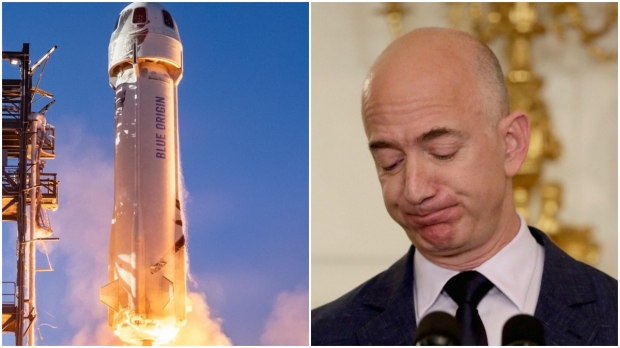 For those that don't know, Bezos will be taking the first tourist flight on Blue Origin's New Shepard rocket to the outer edges of Earth's atmosphere (62 miles above average sea level). Bezos announced on June 7 that he would be taking the flight with his brother Mark and one other person. Bezos also owns Blue Origin, and when the flight occurs on July 20, it will mark the first human space trip for the company.

The petition was created on Change.org by Jose Ortiz, who wrote, "Jeff Bezos is actually Lex Luthor, disguised as the supposed owner of a super successful online retail store. However, he's actually an evil overlord hellbent on global domination." The petition received nearly 7,000 signatures, with the target being 7,500. The other person that will be on the space flight with Bezos bid $28 million for the seat next to the Amazon billionaire. However, the identity of the individual is still a mystery.