Insomniac Games goes from one stellar PlayStation exclusive to another, with the release of Ratchet & Clank: Rift Apart here -- the PlayStation 5 exclusive is getting hands-on by gamers and getting compared against the 2020 launch trailer.

As you can see in the video above, which perfectly compares the 2020 reveal trailer of Ratchet & Clank: Rift Apart versus the final version that has now launched on the PlayStation 5. It seems like there is no downgrade by Insomniac Games, but instead some small -- but very major improvements in the final version of the game.

Right at the end of the video, I geeked out like I always do and wanted to go read even more on Ratchet & Clank: Rift Apart... and I discover that Digital Foundry has put out a glorious breakdown of the game and its graphics modes available on the PlayStation 5. 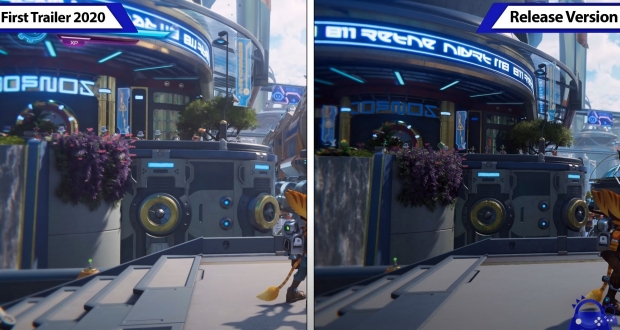