I bet you didn't think you'd be reading this right now, but NVIDIA has had discussions with Intel about the CPU giant making NVIDIA GPUs in the future if the situation arose.

In his latest video, Tom from Moore's Law is Dead has teased that NVIDIA CEO Jensen Huang called Intel's new CEO Pat Gelsinger, and the two giants talked about NVIDIA making future GPUs on Intel's fabs which is just gigantic news on its own.

"NVIDIA isn't just going to roll over... If TSMC starts dominating too hard, they're going to see what they can do to team up with Intel, and vice versa. It's not just AMD or TSMC, it's also Apple -- these companies are preparing for major wars with these architectures, and finding allies if one of them gets too powerful".

TSMC will continue to absolutely dominate over the next couple of years, as it takes a giant leap into the world of 5nm with Apple as its biggest customer. Apple reportedly has 50% of the 5nm supply from TSMC for 2021, with the new 5nm chips being used in Apple's next-gen iPhone, iPad, and Mac line of products.

Apple's next-gen M2 chip will be released later this year, after reportedly going into mass production in April 2021 -- and will power the next-gen MacBook Pro with a much faster chip on TSMC's new 5nm node. This will mark the big shift by Apple away from Intel, with Qualcomm coming in second for 5nm.

NVIDIA was forced to stumble into Samsung's 8nm process node for its Ampere GPU and GeForce RTX 30 series graphics cards, and with TSMC spreading itself thinner and thinner with other clients including Apple, AMD (including Microsoft, Sony, and others with its growing range of semi-custom products), Qualcomm, and others... NVIDIA needs to react.

Samsung's next-gen 5nm chips should be used in NVIDIA's upcoming "Ampere Next" GPU expected in 2022 -- and from what I've heard from my sources, this new GPU + Samsung 5nm is when NVIDIA is back to full strength.

NVIDIA had to take a couple of generations of Samsung's current 8nm node in order to get through to what they had in the making -- 5nm, which is where NVIDIA can be back to the same node footing as TSMC and its 7nm and upcoming 5nm process nodes.

Intel can make its own GPUs... AMD is tighter with TSMC than ever before, Apple has probably already talked about acquiring TSMC so that it doesn't find itself in the position of not being able to make its chips. If TSMC is the only company in the world that can make Apple's future chips... and something happens to TSMC (a war with China, natural disaster, terrorist attack, a random event) then Apple is finished.

Especially as we shift deeper into 5nm and then onwards to 3nm, and 2nm -- where Apple will be competing with Intel at a greater level, at that time I'm sure with its heels dug deep into the ground. NVIDIA is going to be a causality of this war, and it seems Jensen is preparing himself for battle and making sure NVIDIA GPU supply has a future.

Also remember: the US senate just approved $200 billion in funding over 5 years for the future of US-based chip manufacturing, R&D, and more. There's $52 billion of funding for US-based semiconductor manufacturing, which will better help US companies compete with their overseas Asian rivals in TSMC in Taiwan, and Samsung in South Korea.

Intel is an American company, NVIDIA is an American company, AMD is a Canadian company getting its chips made by a Taiwan company. Intel will be a large beneficiary of this new flow of cash from the US government, and if the prospect of NVIDIA making GPUs on US soil through Intel is true... then the next few years are going to be absolutely unbelievable to watch roll out in front of our eyes. 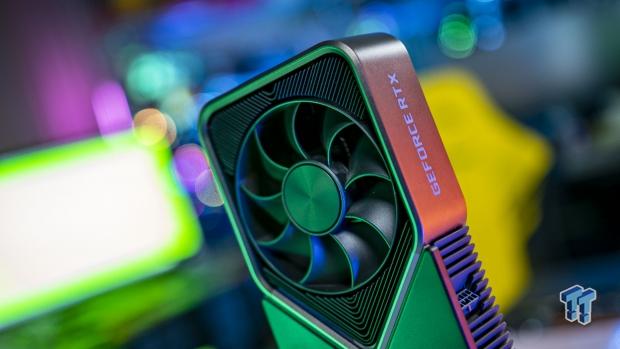