A team of researchers has managed to uncover multiple different items that date back hundreds of years. 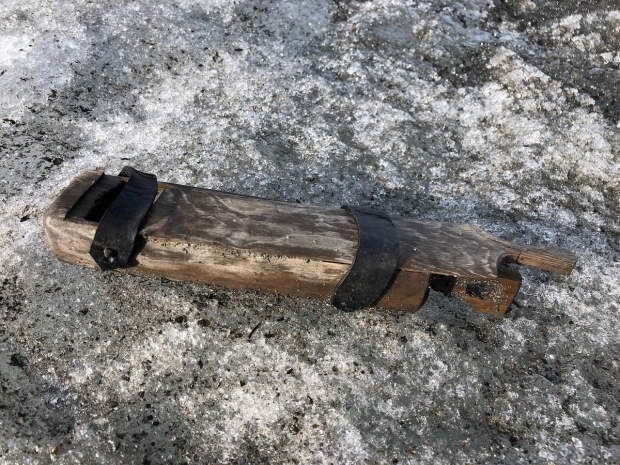 Archaeologists with the Glacier Archaeology Program in Norway were inspecting the Lendbreen glacier that's located in Norway's Breheimen National Park, and made some shocking discoveries. According to the findings that were posted to the researchers' Facebook Page called "Secrets of the Ice", the archaeologists uncovered a 500-year-old candle box along with spears, horse snowshoes, walking sticks, dog leashes, mittens, and the remains of a dog.

The Facebook post states that the wooden box is made out of pine, and inside was beeswax. The researchers state in the post that what is seen in the below image is the remains of a beeswax candle that's dated anywhere between 1475 - 1635 AD. Candle boxes and beeswax candles were commonly used throughout the area during that time as a source of light, and now researchers are able to confirm that such candles and candle boxes were used between the aforementioned time periods. For more information on this story, check out this link here.