Nintendo is hard at work on its next-gen Switch with new rumors coming out of Taiwan that the Super Switch aka Switch Pro will not have NVIDIA's magic DLSS technology at launch... weird. 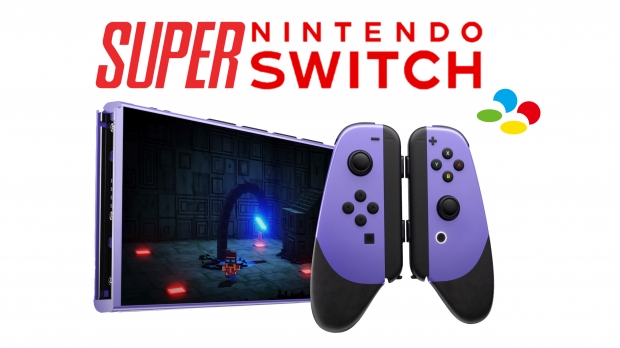 NVIDIA's kick-ass DLSS technology was rumored for the new Switch in fresh rumors from a few months ago, with the new information coming out of Taiwan posted on the ResetERA forums that states in dock mode the new Super Switch will have its GPU running at up to 1GHz in docked mode, and 768MHz in handheld mode.

Here's the roughly translated post from the ResetERA forums: "There is information that the GPU clock that will go into the Switch Pro is almost 1GHz. Existing switch clock corrects. 768 MHz. It is said that it can realize up to 720p 120 frames in Nintendo Switch Pro portable mode. However, it is said that it will come out with a compromise by fixing 60 frames at 720p due to the maintenance problem. Performance in stationary mode is known to be optimized for the current 1440p resolution".

"It was said that NVIDIA's latest technology would be included, but due to various problems, it may be applied only in the stationary mode or may come out sealed at the time of release. There are rumors that third-party Nintendo developers have already received development kits".

"Nintendo has been trying to develop with AMD chipsets instead of NVIDIA since 3 years ago, but due to various circumstances, it was also rumored that they chose NVIDIA. And now, there are rumors in Japan that Microsoft's Xbox Game Pass for Switch will be launched at the same time as the Nintendo Switch Pro launch".