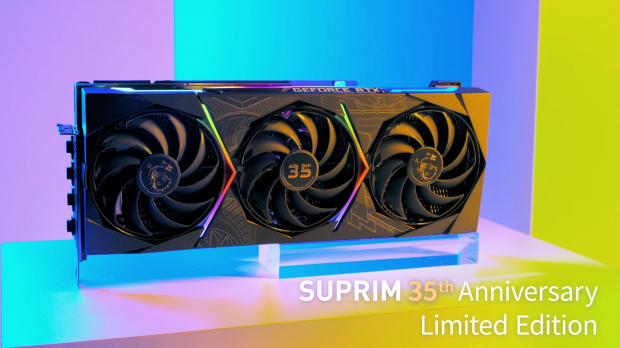 We don't know the GPU boost and GDDR6X overclocks (if there are any) on the MSI GeForce RTX 3090 SUPRIM 35th Anniversary Limited Edition graphics card, but I'm sure that it is coming. MSI really unveiled the new card as the "SUPRIM 35th Anniversary Limited Edition" without saying it's a GeForce RTX 3090... but you can tell that from the NVLink connector, so ha! 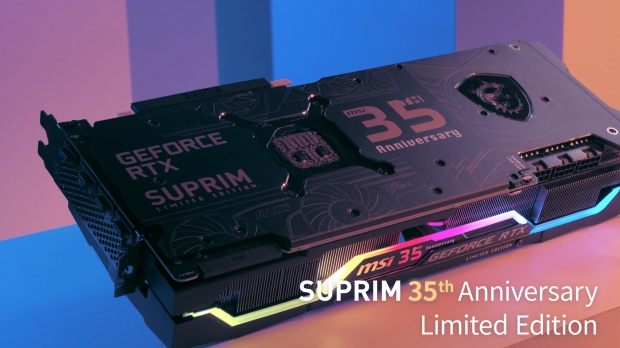 MSI explains: "To celebrate years of continued high-performance circuit board development, MSI is announcing the SUPRIM 35th Anniversary Limited Edition graphics card. Engraved in the backplate is sketched outlines of past generations that have contributed to our company's experience and knowledge".

"This anniversary edition graphics card is built upon the SUPRIM series foundation and retains all the same key features. Optimized circuits power the NVIDIA® GeForce RTX™ 30 Series GPU chip at the core, the efficient TRI FROZR 2S thermal design that keeps temperatures in check with minimal fan noise, and a modern aesthetic that reflects the high-performance lifestyle of its user". 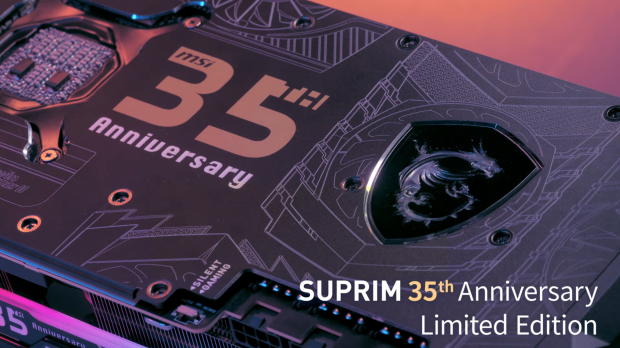