SpaceX will be transporting an Ethereum (ETH) node to the International Space Station (ISS) this week, marking the first time an ETH node has entered space. 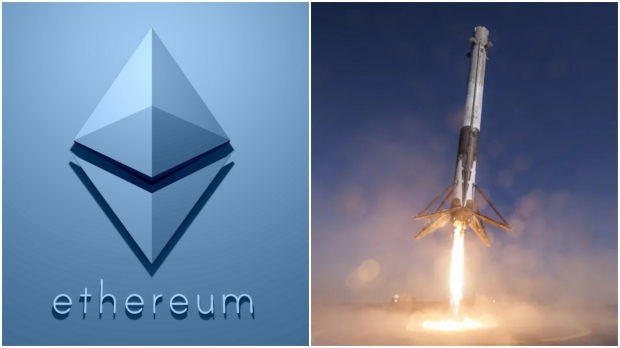 SpaceX has been contracted by the company SpaceChain and will be using its Falcon 9 rocket to get to the ISS. According to SpaceChain, the launch of the ETH node with the be company's fourth blockchain payload to enter space and will be the "demonstration of the integration of Ethereum technology into its hardware on the ISS".

Additionally, SpaceX will be using its Falcon 9 rocket for another trip to the ISS on June 24, 2021, where it will take three nodes created for Biteeu, Divine, and Nexus Inc. "The nodes will be installed on a YAM-2 satellite carried by a SpaceX Falcon 9 rocket under the rideshare program. The mission will be operated by Loft Orbital", said SpaceChain.