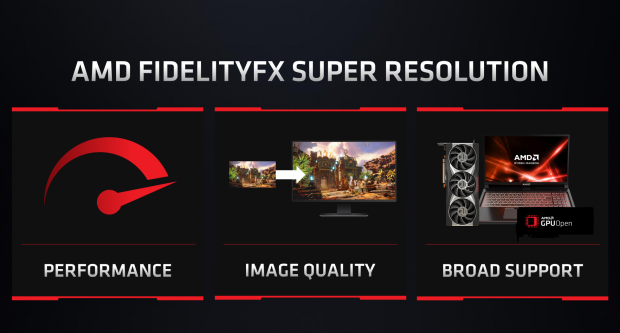 The introduction of FSR is very similar to NVIDIA and its DLSS technology, but in some ways better and in other ways worse. First off, AMD used Godfall in its presentation powered by the Radeon RX 6800 XT at 4K on the Epic preset with ray tracing enabled.

In its 4K native form, the Radeon RX 6800 XT was capable of 49FPS average, but with FSR set to Performance, we're looking at a giant leap up to 150FPS average. 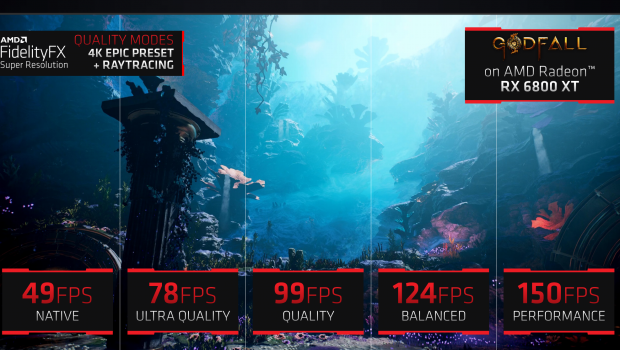 In between, we have 78FPS with Ultra Quality, 99FPS average with Quality, and 124FPS with Balanced. Not too damn shabby at all for free performance with FSR, and improved graphics I might add.

The big difference between FSR and DLSS is that AMD can use its new FSR technology on many of its products, and not just graphics cards. This means AMD Ryzen CPUs and even the Microsoft Xbox Series X/S and Sony PlayStation 5 next-gen consoles get to use some of this kick-ass FSR tech. 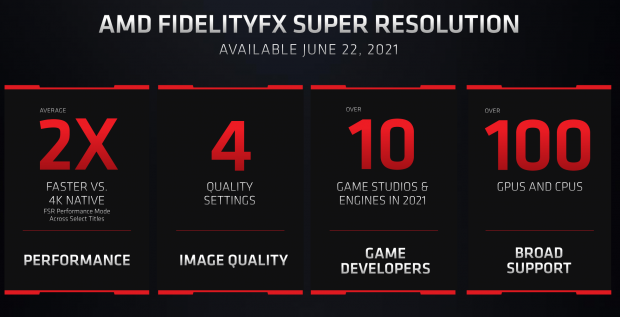 AMD will have its new FidelityFX Super Resolution (FSR) technology out on June 22, 2021 -- so just 3 weeks away from now. There will be over 100 CPUs and GPUs supported with FSR, with more than 10 game studios and game engines using FSR right now.

I will be throwing everything I've got at FSR testing the moment it's unleashed, especially the 4K and even the higher-end 8K side of things. 8K with DLSS 2.0 is simply magic... it's just dark magik that NVIDIA has tapped into with their work with the Illuminati. 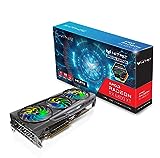