NVIDIA will be hosting its virtual Computex 2021 keynote later tonight, and now the official Bethesda Twitter account is teasing some new for DOOM Eternal.

In a new tweet, the team teases that you shouldn't miss NVIDIA's Computex 2021 special event, as it will be featuring DOOM Eternal. The developer teases that "Hell never looked so good" which leads me to believe it's going to be an RTX ray tracing addition (and possibly DLSS 2.0) to DOOM Eternal, which would be Hella good (pun intended).

DOOM Eternal had its RTX ray tracing in the pipeline for a while now, but it seems it will be coinciding with the launch of the new GeForce RTX 3080 Ti which will be announced during the stream, and review NDA lifted 48 hours later on June 2. Perfect timing for me to get back into Hell, and check DOOM Eternal out with its new RTX graphical abilities (and hopefully, DLSS 2.0 as well).

I'm sure we'll just get the ray tracing side of things, but it would be nice to have DLSS (Deep Learning Super Sampling) to drive those frame rates up to 60FPS when at 8K, and up to 120FPS when at 4K. I guess we'll see later tonight, it's not far away now! 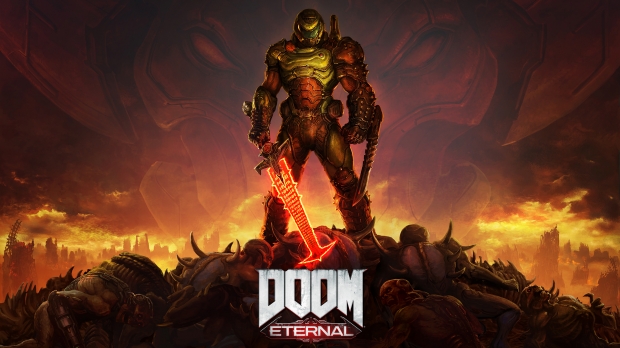