The Hubble Space Telescope can truly capture some astonishing images of the universe we live in, and the image below is certainly no exception. 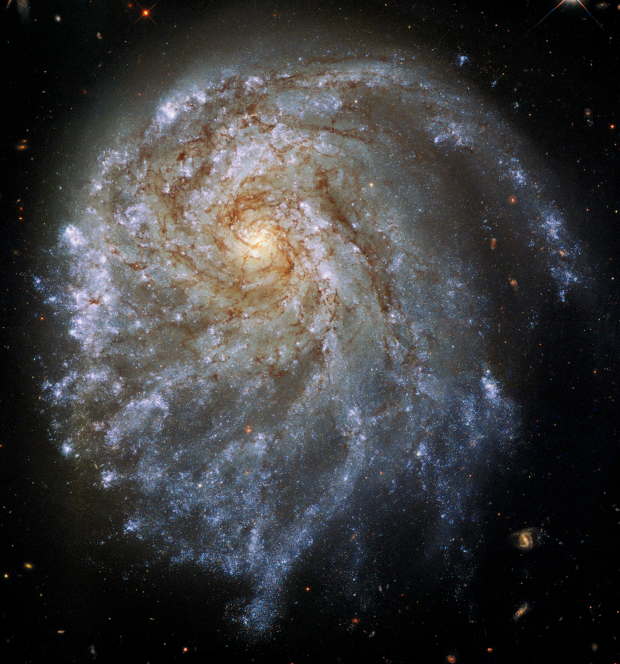 NASA has released the new image on its website, and according to its description, Hubble has snapped a gorgeous image of the spiral galaxy NGC 2276. If you didn't notice already, the spiral galaxy above appears slightly distorted as the bright hub of yellow stars usually appears directly in the center of a galaxy. NASA explains that this distortion is caused by a galactic game of "tug-of-war" between a neighboring galaxy.

The galaxy NGC 2300, which doesn't appear in this image, is actually pulling all the disk of blue stars surrounding NGC 2276. This cosmic display of tug-of-war shows that if galaxies pass too close to each other, they are impacted by their respective gravitational pull. As you could probably imagine, galaxies being caught in each other's gravitational pull is common in the universe, but no two mergers are exactly the same - much like a snowflake falling from the sky.