Elon Musk is on a tweet rampage again, this time it's not about space -- well, it is a little -- and more about... dinosaurs.

The boss man behind SpaceX and Tesla as well as being The Dogefather, tweeted a meme about dinosaurs and followed it up with "If only they had spaceships, they'd still be around". I get the meme, but even if dinosaurs had spaceships it's not like they'd be thinking "oh nice, there's a spaceship over there... let's get into it, and fly off this planet!"

I'm surprised Musk has the tweet up considering the dominant dinosaur says "I'm fuc*in tryin" while a comment goes for the politically correct "she/he/they has no hair" and gets a reply of "are you afraid to misgender a dinosaur".

Maybe that's why Musk has his Boring Company, they're digging underground to find the inner Earth and re-discover dinosaurs again. I'm sure Musk is a fan of explorer Richard Byrd, and the idea that there is an entire world under us... with its own sun, ecosystems, and people. These people started to come out and visit us (UFOs) when we started experimenting with nuclear bombs in the 1940s.

It could be that Musk is digging through the Hollow Earth, at least that makes sense other than some dinosaur memes and "hey LOL if they had UFOs they'd be safe and stuff". 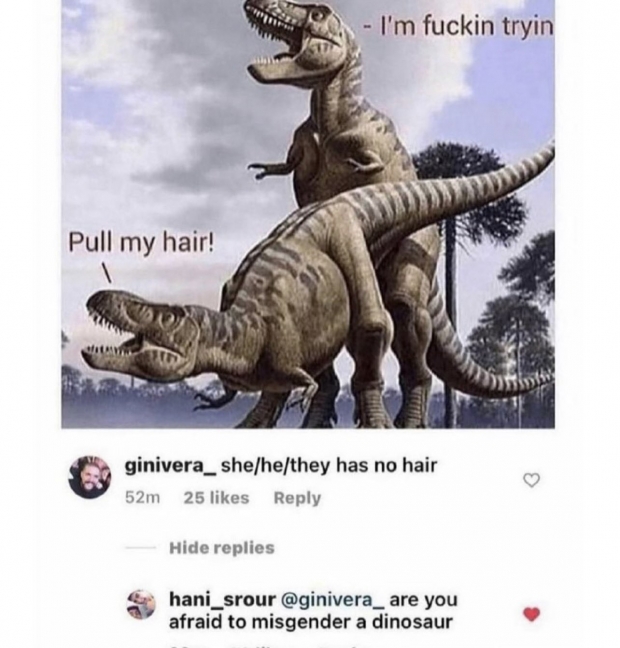