A year after the impressive Unreal Engine 5 demo, Epic Games reiterates how the engine will transform how next-gen games are made.

Nanite is Unreal Engine 5's new geometry render technology that allows native cinematic-quality assets to be imported right into scenes, There's no kit-bashing required. No adjustment of the assets, no proxies, no tweaks; just natively importing the movie-quality assets right into the engine. Nanite allows developers to use Quixel megascans (ultra high-resolution assets) without compromise and gives artists freedom to choose and place images in whatever way they want.

"What does Nanite mean for artists? It means freedom. It means freedom of choice in terms of what assets you can use. Now you don't have to worry about generating lower maps or low-resolution proxies. You can load in full movie-quality assets straight into the engine and be able to use them in the game," said Chief Technology Officer Kim Libreri.

"It's literally just drag it in and it's great," Epic's Technical Director of Special Projects Jeff Farris said. 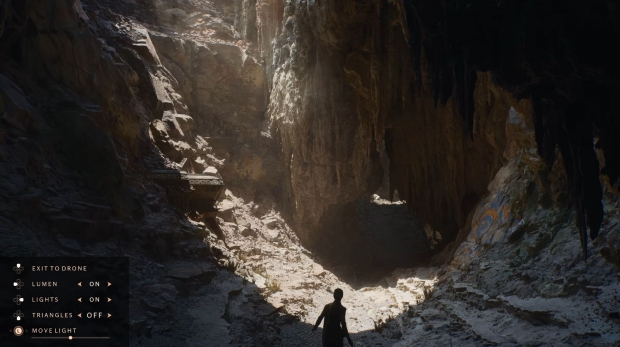 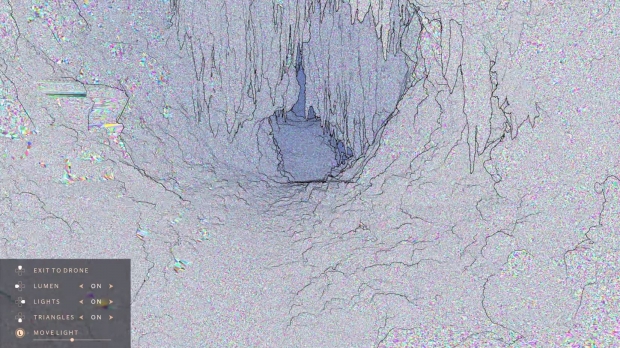 "Some of these assets are tens of millions of triangles for an individual asset. We're talking about entire scenes made up of billions and billions of triangles," said Epic VP of Engineering Nick Penwarden. "They were able to just make the art in whatever made the most sense to them, import it, and let the engine handle the details."

"Previously, artists would start with a really high-resolution asset and bake it down to a low-poly model and generate a normal map out of it. Ours don't have to do that step any more and it's all done by Nanite," said Graphics Technical Director Daniel Wright.

"What Nanite technology unlocks is to really liberate the artist so that they can deliver on their vision," said Technology Executive Producer Julie Truong

Epic is working closely with console-makers like Sony and Microsoft to ensure first-party developers can squeeze the most out of the new engine on next-gen PlayStation 5 and Xbox Series X hardware.

Sony in particular has invested $450 million directly into Epic Games to help further the development of this engine technology. UE5's real-time rendering tech was also showcased on PlayStation 5 before any other hardware.