Having already dominated one portion of consumer free time with entertainment streaming, Netflix is interested in making a splash in the $180 billion games industry. 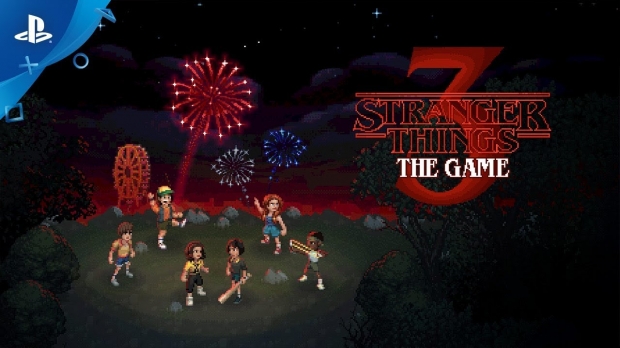 Netflix is currently mulling over plans to expand into gaming, sources tell The Information. The strategies remain unclear and there's a lot of options for the subscription titan.

For example, sources say Netflix could offer a separate Apple Arcade-style all-you-can-play subscription service with games created by third-party studios. Netflix could help fund and license games for sale based on its produced franchise including Stranger Things, which has already released as an indie game, as well as other series like Altered Carbon.

The company could also push farther into its unique choose-your-own-adventure style interactive experiences like Bandersnatch, which seamlessly blend films and gaming. This model has caught the attention of a number of high-profile developers including Metal Gear Solid creator Hideo Kojima, has expressed interest in creating an interactive horror game/film experience.

Company COO Greg Peters affirms that games will be an extension of the content that Netflix creates and deepen the level of engagement and investment that fans have in those franchises.

We're in the business of creating these amazing deep universes and compelling characters and people come to love those universes and they want to immerse themselves more deeply and get to know the characters better and their back stories and all that stuff.

And so really we're trying to figure out what are all these different ways that we can increase those points of connection. We can deepen that fandom. And certainly, games is a really interesting component of that. So whether it's gamifying some of the linear storytelling we're doing like interactive Bandersnatch and the kids interactive programs, that's been super interesting.

We're going to continue working in that space for sure. We've actually launched games themselves. It's part of our licensing and merchandising effort, and we're happy with what we've seen so far. And there is no doubt that games are going to be an important form of entertainment and an important sort of modality to deepen that fan experience. So we're going to keep going, and we will continue to learn and figure it out as we go.

"In ways we're kind of in gaming now because we have Bandersnatch and we have some very basic interactive things,"Netflix CEO Reed Hastings said.

"I mean, we've kind of dabbled in it already through some of our interactive programming as well as on the licensing and merchandising side in consumer products. And we're a business that continues to learn. And so far, learning has been it's been good learning's. We're happy with how it's played out. And hopefully, we continue to kind of learn from here," Netflix CFO Spence Neumann said.