The world's largest iceberg has just broken away from Antarctica over the last few days, with the European Space Agency (ESA) reporting that the iceberg broke off the western side of the Ronne Ice Shelf in Antarctica's Weddell Sea. 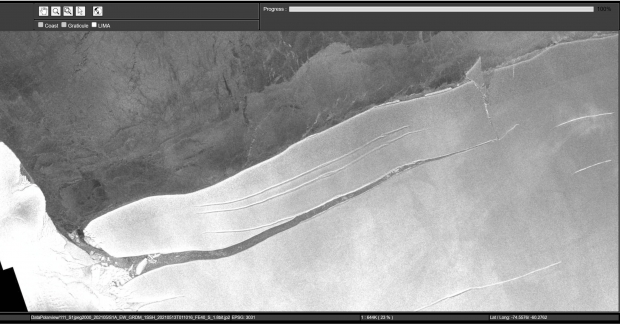 The iceberg itself is known as A-76, and it's big... we're looking at 105 miles (170 kilometers) long and 15.5 miles (25 kilometers) wide, which makes it 80x bigger than Manhattan, New York. Keith Makinson, a polar oceanographer with the British Antarctic Survey was the first to notice the iceberg, confirming it with the US National Ice Center using ESA's own Copernicus Sentinel-1 imagery.

This isn't something you need to be worried about and bringing in your tomato plants over, as iceberg calving -- which is what is happening here with A-76 breaking away from Antarctica, is part of a natural cycle. It happens, it's just that this particular iceberg is absolutely mammoth in size... so big in size that it is currently the largest iceberg in the world.