NASA and the European Space Agency launched the Solar Orbiter Sun probe back in early 2020, and now the probe has returned its first video of a coronal mass ejection.

So, what is a coronal mass ejection or CME? A coronal mass ejection is when the Sun shoots out a burst of energetic solar mass from its surface. These CME send geomagnetic shockwaves all across the solar system, and when a CME crashes into Earth, it can cause disruptions in radio signals, satellite usage, and even knock out power grids. 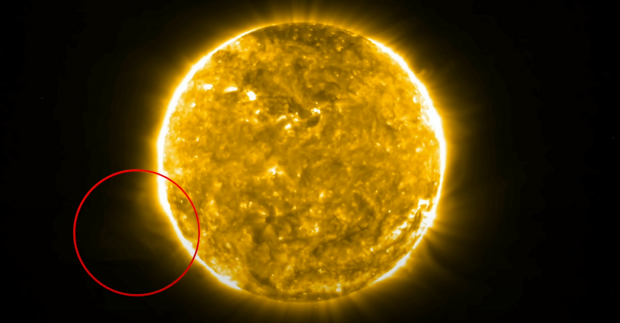