Tencent is currently working on a cloud gaming platform, but unlike Amazon Luna or Google Stadia, Tencent's streaming service won't have a static controller. Tencent's ideas are bigger than its competitors. 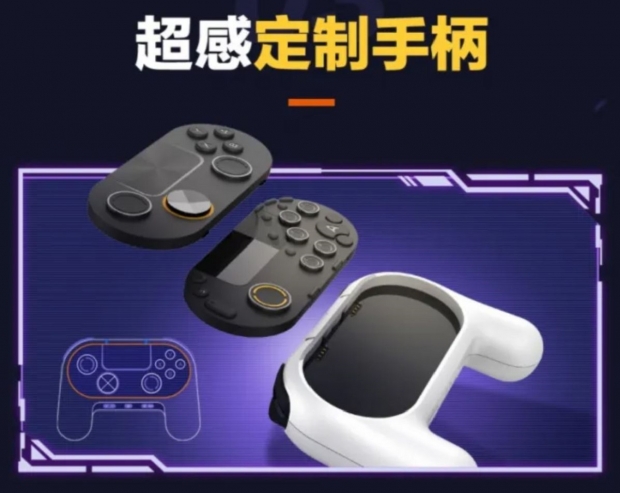 Today at its annual conference, Tencent revealed a novel concept for a games controller that can transform depending on what type of game you're playing. The controller is modular and has two parts: The shell case and the actual guts of the controller with D-pads and face buttons.

The idea is to sell different controller faces for specific types of games, whether they be mobile or console titles. One design has a six-button layout that reflects popular touchscreen mobile games (Tencent also showed off a slew of mobile titles at the event including CrossFire HD and Digimon: New Century). Tencent's cloud game streaming service will offer both mobile games as well as traditional console experiences.

Here's a translation of the image from the conference: