We all know NVIDIA is about to launch its new GeForce RTX 3080 Ti graphics card, even if the company doesn't want to make it look like it's about to drop another GeForce RTX 30 series card -- and now MSI has made it just a bit more official before launch. 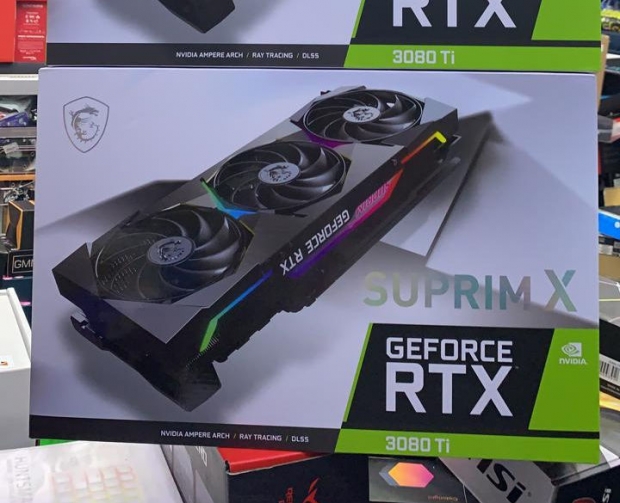 We've already seen the card listed around the world for between $1300 and $2250 online, as well as the you're-stupid-if-you-pay-it $3500+ for the MSI GeForce RTX 3080 Ti SUPRIM X graphics card in the United Arab Emirates (UAE). But now, now MSI itself was caught with a filter on its own website that adds the GeForce RTX 3080 Ti to the pile.

NVIDIA will be announcing its new GeForce RTX 3080 Ti on May 29 at this stage, with a launch in June -- meanwhile, MSI will have its new custom GeForce RTX 3080 Ti SUPRIM X graphics card shipping in June... even though the card is obviously shipping to distributors and retailers right now considering you can buy it in some markets already.

MSI has obviously removed the filter, as I'm sure they had some angry phone calls, messages, and emails from NVIDIA telling them to pull it.