Intel has just launched its new 11th Gen Core "Tiger Lake-H" processors with the shining star of the show being the flagship Core i9-11980HK processor, which promises ultra-performance inside of the next generation wave of laptops in 2021. 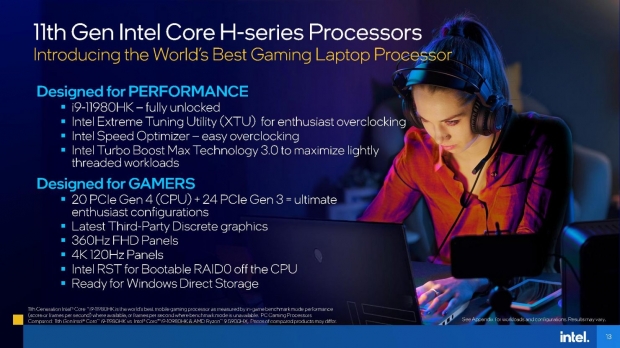 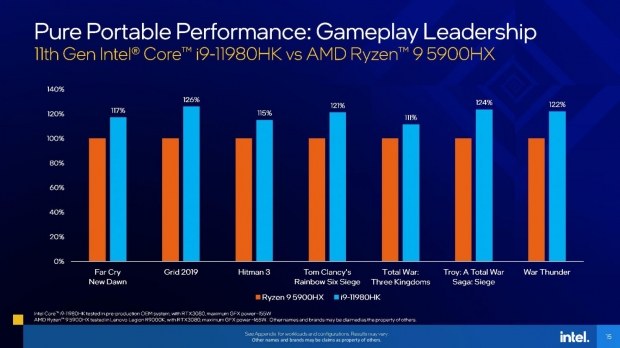 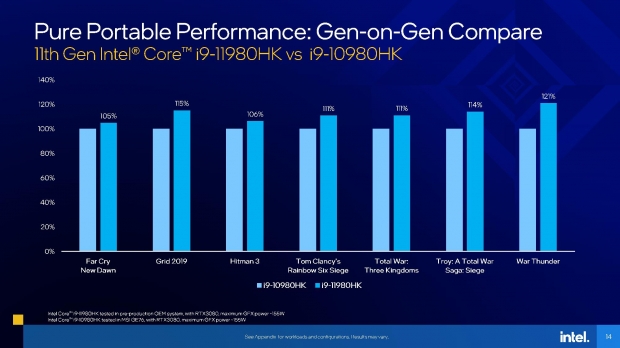 Even up against the previous-gen Core i9-10980HK we can see the new Core i9-11980HK offers some great improvements across the board in the same system -- both with a GeForce RTX 3080 graphics card.

Intel's new Core i9-11980HK is now seemingly the world's fastest single-threaded performance CPU on a laptop, but we'll have to wait until we see benchmarks from other sources and/or once samples start rolling into the TweakTown labs.

The new Intel Tiger Lake-H flagship Core i9-11980HK processor will debut inside of new laptops starting in the next few weeks, with laptops rolling out throughout the course of 2021.