HTC revealed its new lineup of VR headsets, which includes a new Vive Pro 2 with improved resolution and refresh rate over the original. The company also revealed the Vive Focus 3, a standalone VR headset with similar features as Facebook's Oculus Quest 2, including the Qualcomm Snapdragon XR2 SoC driving it. 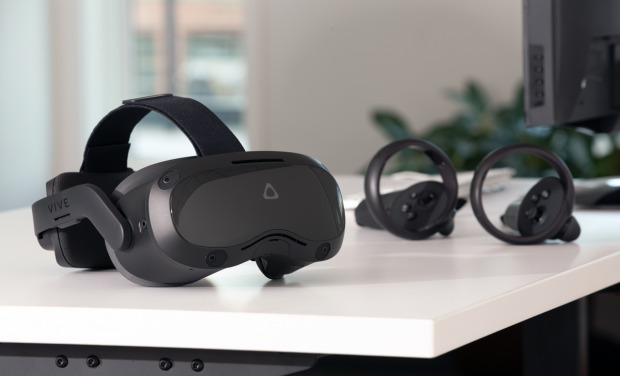 Unfortunately for gamers, HTC isn't kicking off the VR version of the console wars any time soon. This headset is targeted squarely at businesses, with the primary focus on workplace process training. To that end, HTC has put significant resources into building out an ecosystem that supports current businesses and will soon invest in VR solutions for training.

HTC's Vive Focus 3 is a Qualcomm XR2-based standalone headset with dual 2.5K RGB displays (the same ones found in the new Vive Pro 2) that operate at 90Hz. The headset features 6-degrees of freedom inside out tracking for both the headset and the controllers. The Focus 3 also includes adjustable IPD spacing, with the widest range available in any commercial headset. 57mm to 72mm with an analog adjustment dial for fine-tuning.

The Vive Focus 3 features an entirely new head strap design, which helps balance the device's weight. The sides are rigid and have an arch that positions the strap above your ears. The speakers are located inside the strap, above where your ears would be, with directional speakers to limit sound leakage. The headset also includes an audio jack in case you would prefer to use your own headphones. HTC installed dual microphones with noise cancelling to ensure you can communicate with colleagues in collaborative situations. 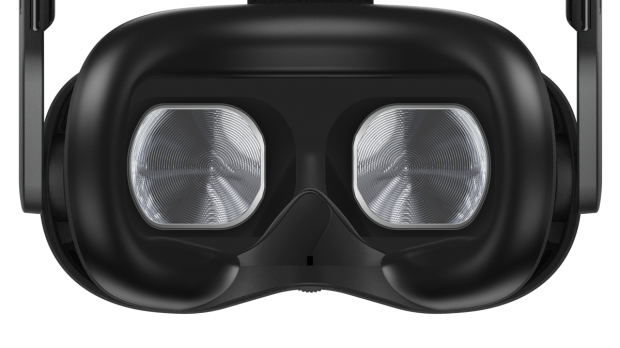 The battery that powers the device is in the rear of the head strap, where the adjustment dial is located. HTC said this helps balance the weight of the device, allowing for maximized comfort for extended use. The battery has enough power to drive the headset for roughly two hours, but the battery is swappable, so you can keep it running for most of the day. The headset does not have a second internal power supply, so you can't hot-swap the battery packs. You can keep extras on hand, though. Currently, the batteries are charged via USB-C cable. HTC said it is working on a dock that would enable charging multiple batteries at once.

To help reduce the headset's weight while also making it more durable, HTC built the Vive Focus 3 on a magnesium alloy frame. HTC said the change resulted in a 20% lighter device while also being 500% stronger than if it were made of plastic.

HTC also put a lot of thought into hygiene and how to keep the headsets safe to share in a group workplace situation. The front and back cushions on the Focus 3 are easily removable with a quick-release button, making it easy to sanitize the bits that contact your skin. 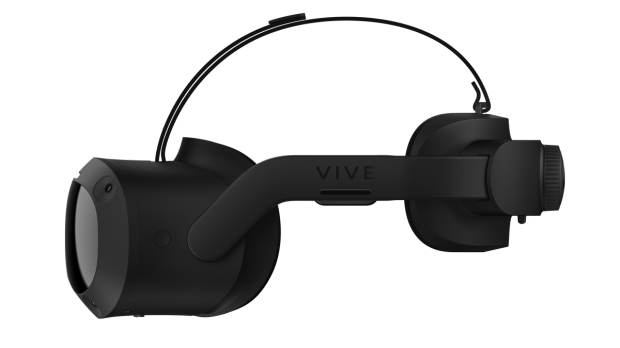 The Vive Focus 3 is meant for businesses, and as such, it's priced on the higher-end at $1300. You get the Vive headset, a pair of wand controllers, and a business warranty for the hardware for that price. That's a lot of money for consumers, but businesses shouldn't have a problem making a return on that investment if they use VR for more effective workplace training. HTC does not have a recurring charge on the hardware or software.