The world of hardware mods on graphics cards hasn't been anywhere near as good as it was a couple of decades ago, but it still happens -- with news of modder VIK-on breaking down a physically dead and no-longer-booting GeForce RTX 2080 Ti and seeing that it supports up to 22GB of GDDR6 memory (up from its stock 11GB GDDR6 memory).

VIK-on purchased a dead GeForce RTX 2080 Ti graphics card that wasn't booting up anymore, with the modder noting that the graphics card was taken to 3 other workshops who didn't fix it but damaged it further. There were missing components from people who obviously didn't know what they were doing but VIK-on worked his magic.

The GPU was resoldered and each of the memory modules were replaced, and the PCB traces that were cut were fixed. VIK-on took his time adding in all of the missing pieces and components from the damaged GeForce RTX 2080 Ti graphics card and then started to verify if a simple strap mod (tricks the GPU BIOS into supporting higher memory capacities) would work. 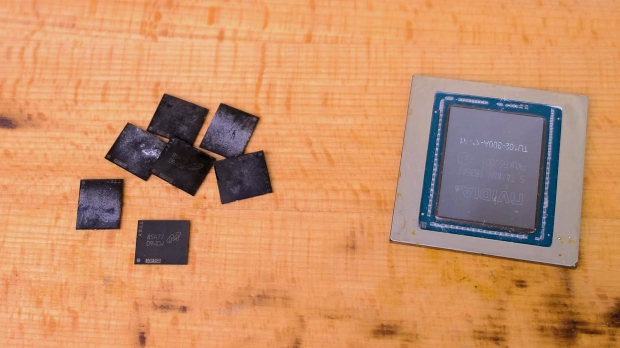 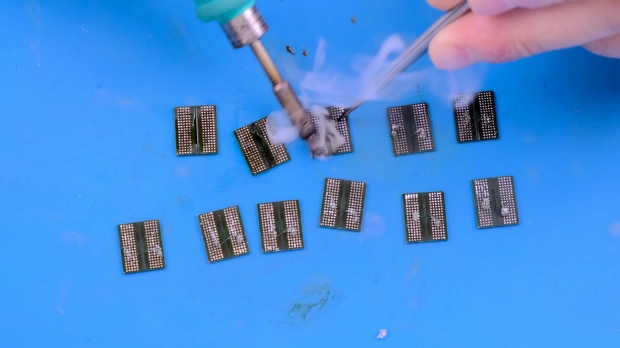 VIK-on couldn't get his hands-on larger 16Gbit memory modules to replace the 8Gbit memory modules on the GeForce RTX 2080 Ti, because physically replacing the memory and doubling it up to 22GB of GDDR6 and actually running, benchmarking, and burning in that upgraded VRAM would be the ultimate test.

We should expect another modder that does have their hands-on some 16Gbit memory modules and the knowledge and tools required to tinker around with their NVIDIA GeForce RTX 2080 Ti graphics card and double it up to 22GB of GDDR6. If they do, and you're reading this or you know someone that can do this -- tweet me and let me know as I'd love to hear about it and write it up.