Intel is still hard at work on its upcoming Xe-HPG based GPU with a new tease of the DG2-128EU GPU, with a proposed draft for a DG2-based laptop board design leaked by Igor's LAB. Check it out: 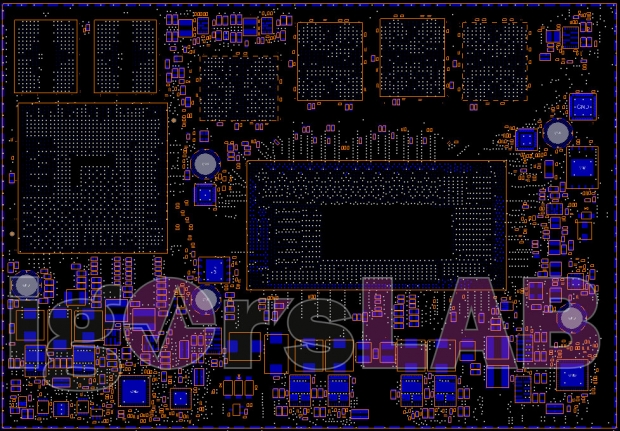 The board diagram is pretty tasty with a tease of the Intel DG2-128EU (BGA1379 socket) as well as an Intel Tiger Lake-H CPU with 8 cores, which drops in a few days' time. This particular board packs 6 memory modules with 2 attached to the GPU, we should see 4GB of GDDR6 used here while the other 4 memory modules could be soldered system memory.

We saw a leaked board diagram last year for the higher-end Intel DG2-384EU version, with the DG2-384EU model having its 6 memory modules around the GPU versus the lower-end DG2-128EU having just 2 memory modules attached to its GPU. You can see that below: 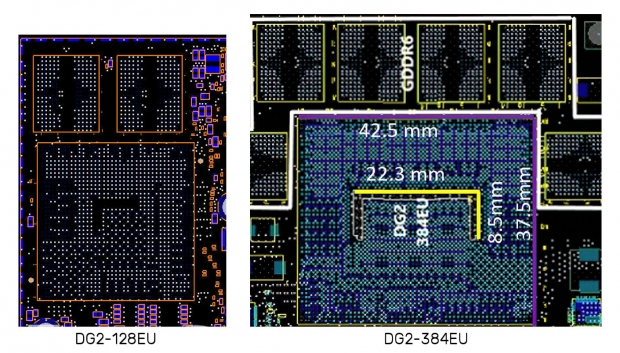 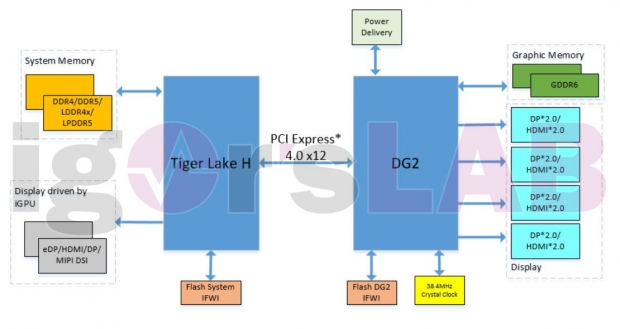 It was just yesterday that Intel Senior Game Developer Relations Engineer Pete Brubaker teased that Intel DG2 was "right around the corner" and things are "about to get exciting". Now we have this leak, and the excitement for Intel's first big gaming-focused GPU reveal continues to have people board the hype train.