Samsung has been killing it in the foldable smartphone market where it is the clear leader, but Apple isn't going to be sitting on its iHands and waiting... a foldable iPhone is coming and we should see it in 2023. 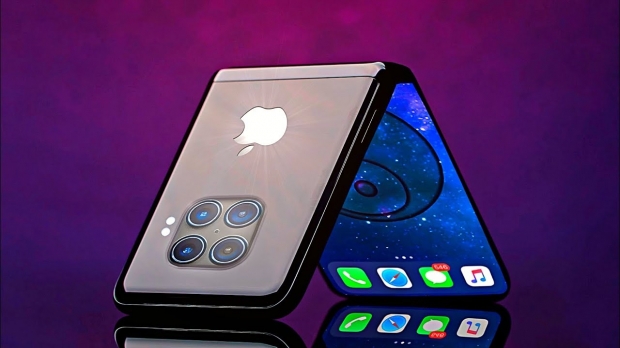 The news is coming from Apple analyst Ming-Chi Kuo in a note to investors that was seen by MacRumors, with Kuo explaining that they forecast Apple to launch its foldable iPhone with an 8-inch QHD+ flexible OLED display in 2023. Kuo predicts that Apple will ship somewhere between 15-20 million foldable iPhones in 2023.

Kuo said in full: "Based on our latest industry survey, we forecast that Apple will likely launch a foldable ‌iPhone‌ with an 8-inch QHD+ flexible OLED display in 2023, with SDC as the exclusive display supplier and Samsung Foundry as the exclusive DDI foundry provider. Based on Apple's requested capacity plan, we predict that the foldable ‌iPhone‌ shipments will reach 15-20 million units in 2023. We expect that the foldable ‌iPhone‌ will adopt TPK's silver nanowire touch solution because of its several advantages over SDC's Y-Octa technology".

It won't just be the foldable iPhone where Apple will sit content, but foldable everything is on the way -- Kuo predicts that foldable devices will "blur the product segmentations between smartphones, tablets, and laptops in the future. With its cross-platform ecosystems and hardware design advantages, Apple will be the biggest winner in the new foldable device trend".

And it won't just be a simple one-way fold like we have with the Samsung Galaxy Fold, Galaxy Z Flip and its new Galaxy Z Flip 2, and the new Galaxy Z Fold 2 smartphones. Kuo teases that thanks to new silver nanowire and future touch technology will support multiple folds... even rollable, medium to large display sizes, and improved durability.

"Future foldable devices will require touch technology that supports multiple folds (vs. only a single fold in current foldable smartphones), rollable, medium to large size display, and durability. When comparing the advantages of the above specifications, the silver nanowire is similar or superior to SDC's Y-Octa".