Intel Inside has been a marketing term for what feels like forever, but now Intel is Inside of NASA's Perseverance rover that is rolling around on Mars -- not only is Intel inside, but so is SSD controller giant Phison. 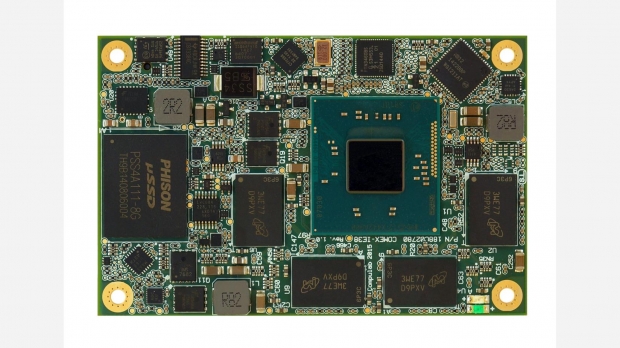 Inside of the Perseverance rover is a credit-card-sized computing module that stores, and sends the photos we've been seeing from the Red Planet back to our Pale Blue Dot. The module itself is running Linux, and is powered by an Intel Atom (BayTrail) processor -- the module was made by Israel-based CompuLab in the form of the COMEX-IE38.

There are 2 x COMEX-IE38 modules inside of the NASA Perseverance rover, an off-the-shelf product that you could buy from CompuLab for around $150. There are 23 cameras on the Perseverance rover, with the data from each individual camera being fed in raw format to the DSU (data storage units) through an Ethernet link, compressed by the COMEX-IE38 module, and then stored on a 480GB SSD (thanks to Phison and its PSS4A111-8G) and then blasted back to NASA engineers back on Earth.

Intel Atom is a very power efficiency design for NASA to use, which is why it was chosen in the first place. But it's not just about power as NASA has to think of using the chip on an entirely different planet with completely different atmosphere and a trillion-and-one other things to consider.

Intel Israel's Internet of Things sales lead Maayan Ronen explains: "The Perseverance Mars story is an amazing story. This is like changing the reality we live in. Sci-fi movies are coming to life". Ronen continued that the super-thin atmosphere of Mars (99.4% less dense than Earths) is a big reason why the Intel Atom processor was chosen for the COMEX-IE38 modules.

Ronen added: "The density of the atmosphere is so low, the heat dissipation is much harder".

Wow... so pretty awesome that Intel and Phison (who has their SSD controllers inside of the next-gen PlayStation 5 and Xbox Series X/S consoles) -- and now the Mars Perseverance rover.

If you want to fully nerd out, here are the full specs and details.