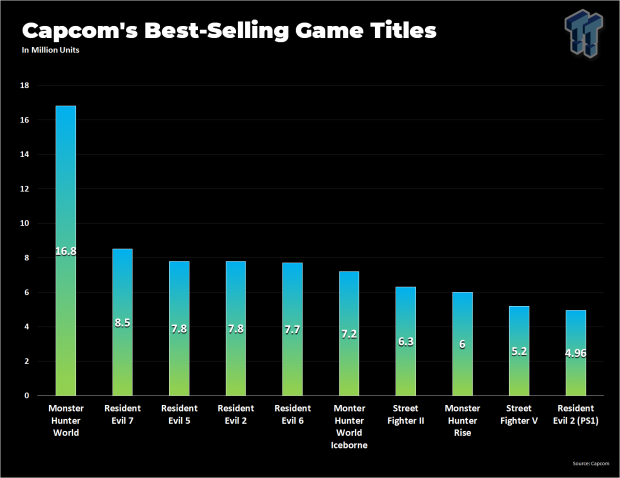 Monster Hunter Rise managed to jump by 2 million copies--as of Q3'20 the game had sold 4 million copies, and now it's breaking 6 million. The sales milestone marks yet another achievement for Capcom's string of record-breaking earnings and its FY2021 period should be no different. The company is already making major strides into the new fiscal year with heavy-hitters like Resident Evil Village, which is slated to release in early May.

Capcom is celebrating the occasion with a free DLC booster pack that contains: