Activision has taken things to a new level in Call of Duty: Warzone in a limited time named The Destruction of Verdansk Part One.

The limited-time event only lasted a few hours but replaced all other ways to play the battle royale. As you can probably imagine, the popularity of the new event caused the game servers to buckle under pressure, which caused several crashes for players. Players were also unable to "win" the game, as reported by EuroGamer, who survived until the end but was presented with a repeating cut-scene.

In quickfire modes, players would spawn into Verdansk with a Jak-12 shotgun and were given the objective of surviving. If the player died, they would turn into an endlessly respawning zombie to hunt down surviving players. Above is a video of the cut scene that shows the Verdansk being destroyed by a nuke that was deployed. For more information on this story, check out this link here. 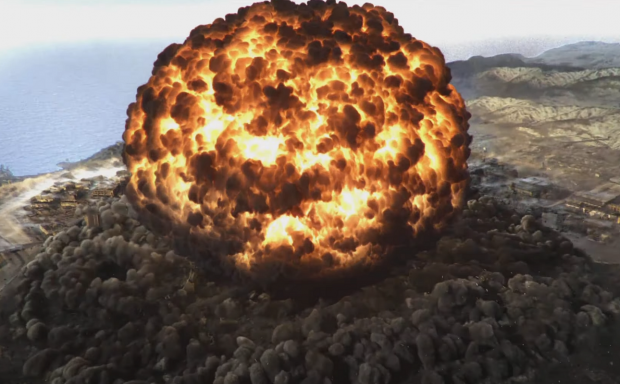