The Call of Duty franchise has sold 400 million copies to date, making it the third best-selling franchise of all time, Activision has confirmed. 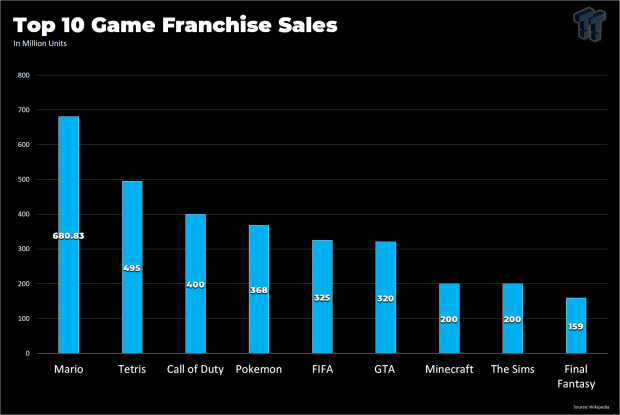 Over the last 18 years, Call of Duty has grown into gaming's premiere shooter franchise. The powerhouse FPS generates billions every year for Activision from sales and microtransactions (it made $3 billion last year), and recently hit two major milestones: 100 million players in Warzone and a whopping 400 million lifetime sales.

These numbers solidify Call of Duty as the third best-selling franchise of all time. CoD sits at #3 out of gaming's 10 top-selling IPs, beating out other mega-hits like Pokemon (368 million), FIFA (325 million) and Grand Theft Auto (320 million). Activision has released 23 Call of Duty games to date and will continue its annual cadence for the foreseeable future with Sledgehammer's new Call of Duty Vanguard release for 2021.