Activision is celebrating weed on its special day -- 4/20 -- with the release of its new Stoner's Delight DLC bundle for Call of Duty: Black Ops Cold War and Warzone. 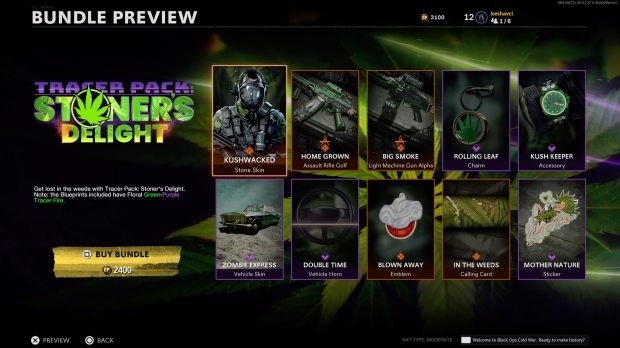 There's also a Blown Away emblem, In The Weeds calling card and Mother Nature sticker -- with the Stoner's Delight pack having floral green-purple Tracer Fire which is such a nice touch for Call of Duty: Black Ops Cold War and Warzone's new Stoner's Delight bundle.

The new Stoner's Delight bundle costs 2400 COD Points which works out to around $20.