Capcom has significantly optimized its proprietary RE Engine to squeeze out high-end performance on next-gen PlayStation 5 and Xbox Series X consoles. 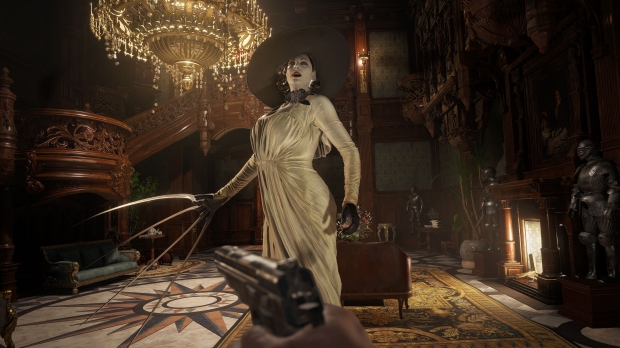 Capcom just released its revised Resident Evil VIII perf targets for current- and next-gen console hardware, showing how much care and attention they've put into the game. On the PS5, Resident Evil Village can hit 4K 60FPS at default, and then 4K 30FPS in high-resolution mode with HDR, which implies this is native 4K and not upscaled.

The most impressive target is RE8 running at 4K 45FPS with ray-tracing turned on, which is no small feat especially for a shooter (Devil May Cry 5, the first game Capcom shipped with ray tracing, hit 1080p 60FPS with RT on but that's an entirely different type of game).

We're not sure if these targets are native 3840 x 2160 resolution or not, but based on the hardware demands for this kind of performance we're betting there's some scaling taking place. Keep in mind these are targets and we should expect some slight FPS drops to take place here and there. 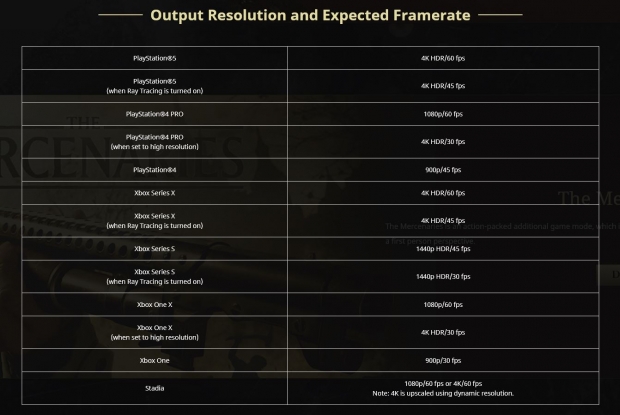 On Series S, the game will hit 1440p 45FPS default, and 1440p 30FPS with ray tracing on. This is eye-opening given the system's weaker 4TFLOP Navi 2X GPU tech and lowered system memory.