Look -- you might have tried to buy one of NVIDIA's new GeForce RTX 30 series graphics cards in the past 6+ months to no avail, but that doesn't mean NVIDIA is shouting from the rooftops at how good the Ampere launch has been. 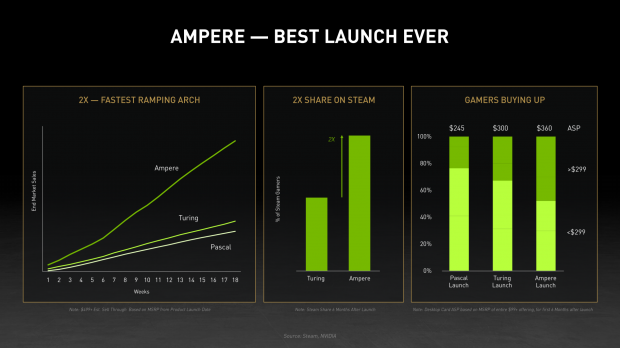 NVIDIA said during its latest investor presentation that the Ampere GPU architecture was their best launch ever, seeing double the amount of end market sales of its new GeForce RTX 30 series graphics cards. NVIDIA shows that in the first 18 weeks of the new Ampere GeForce RTX 30 series being launched that demand for cards was insane... and it has only gotten stronger.

When compared to the end market sales of the previous-gen Pascal and Turing GPU architectures, the new Ampere GPU architecture and kick ass GeForce RTX 30 series graphics cards are wanted more than Pascal and Turing cards ever were in the first 18 weeks of their release -- but both of those cards also didn't have to contend with an out-of-nowhere, never-before-seen GPU shortage like we have witnessed through the last 6+ months. 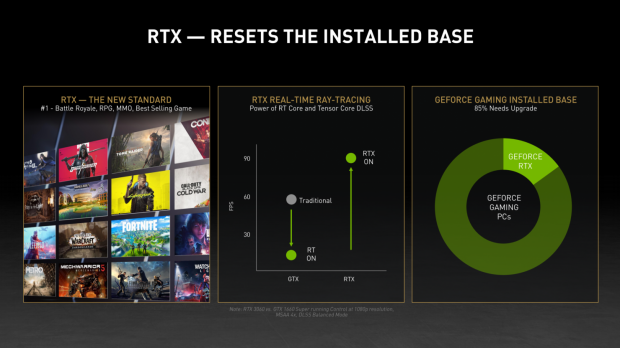 NVIDIA also took the time to highlight everything it has been doing with Ampere, RTX, GeForce and everything Team Green. RTX "resets the installed base" with NVIDIA saying RTX is the "new standard" -- and it is, AMD isn't strong in ray tracing compared to NVIDIA. We see how real-time ray tracing benefits from DLSS (which is magic) and that 85% of gamers need to upgrade -- just 15% of gamers have an ray tracing-ready GeForce RTX series graphics card. 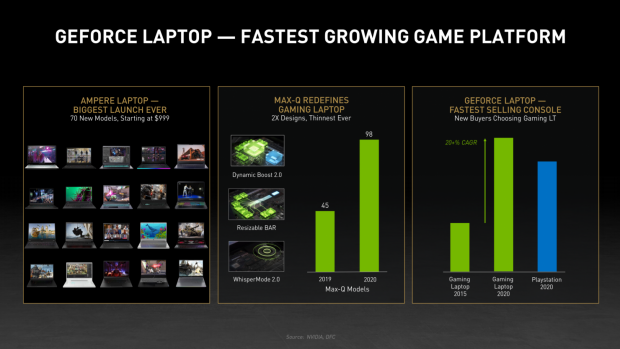 It's not just desktop Ampere GPUs that are kicking ass and taking names but also the mobile Ampere GPU, which NVIDIA calls its biggest launch ever -- with 70 new gaming laptops starting at $999. 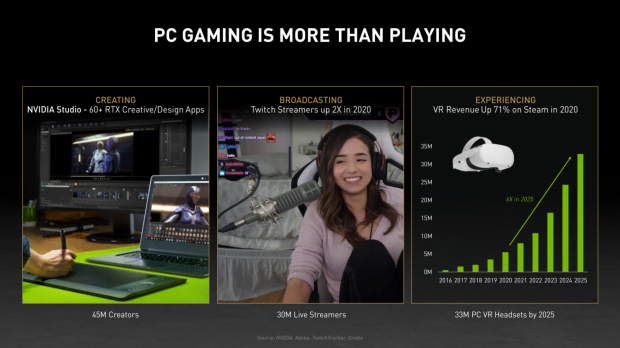 We all know that the PC has gone beyond people just playing games on them, with content creation, broadcasting, and "experiencing" all seeing huge numbers. NVIDIA expects to see 33 million PC VR headsets by 2023, a huge increase from the still under 10 million we have today. 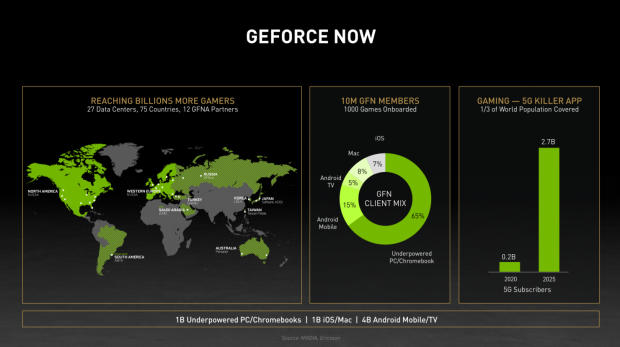