NVIDIA has just pushed out some new drivers with the GeForce Game Ready 466.11 WHQL drivers arriving as a 640MB download, with day-one support for Mortal Shell's new RTX update and so much more.

The new Mortal Shell RTX update adds DLSS (Deep Learning Super Sampling) support that radically improves performance in the game. NVIDIA provides some benchmark charts for Mortal Shell and its new RTX update -- turning ray tracing on and setting DLSS to "Performance Mode" we have performance on the GeForce RTX 3060 skyrocketing from an unplayable 15FPS at 4K to 36FPS average. 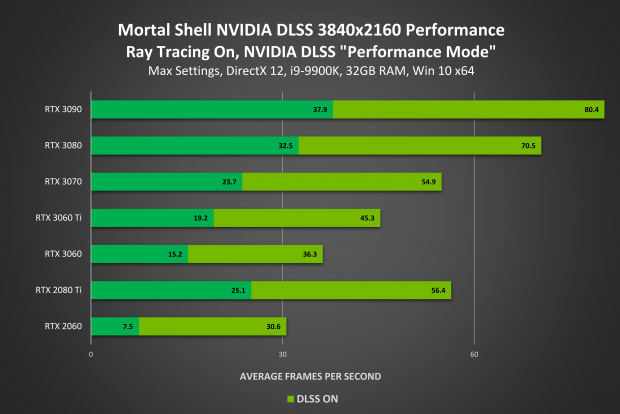