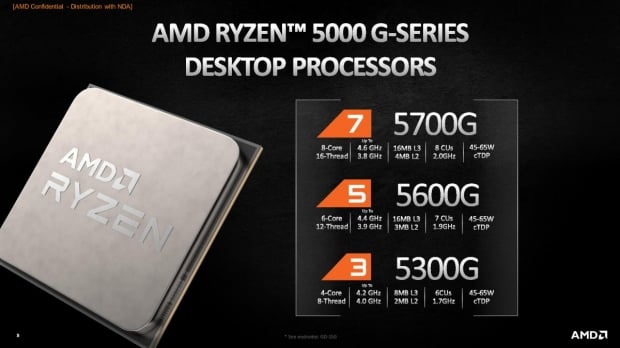 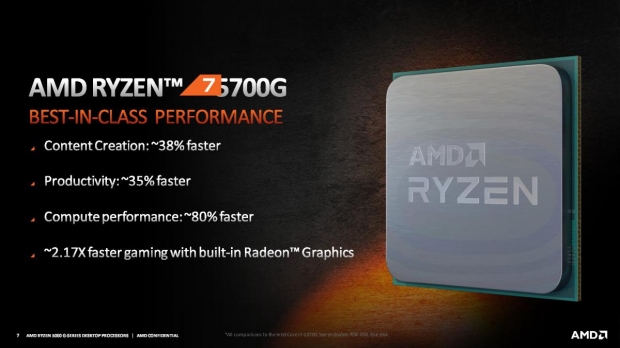 AMD says that the new Ryzen 7 5700G processor is up to 38% faster in content creation, 35% faster in producivity, and over twice as fast for gaming with its new built-in Radeon graphics. 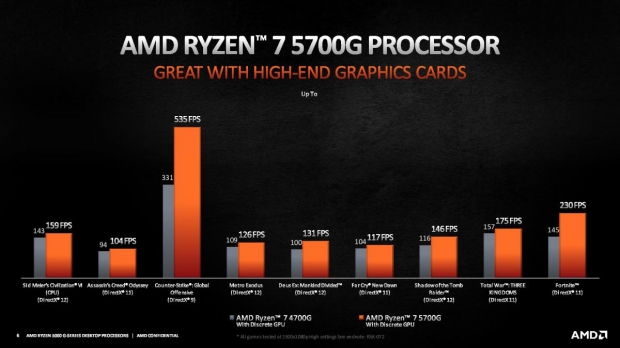 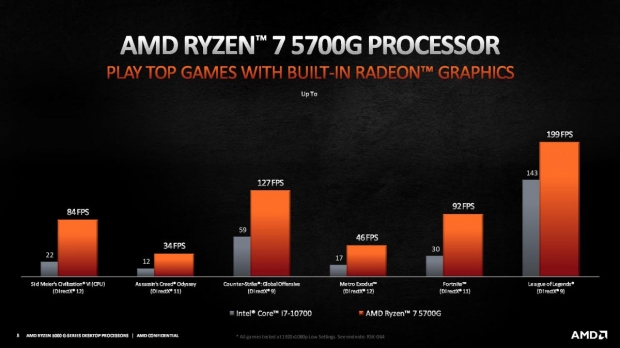 But we're here for the integrated graphics, of which you will still get some great gaming in with the Ryzen 7 5700G -- probably at 1080p and low/medium detail but it's an integrated GPU, what did you expect? 199FPS in League of Legends is more than enough I'd say. 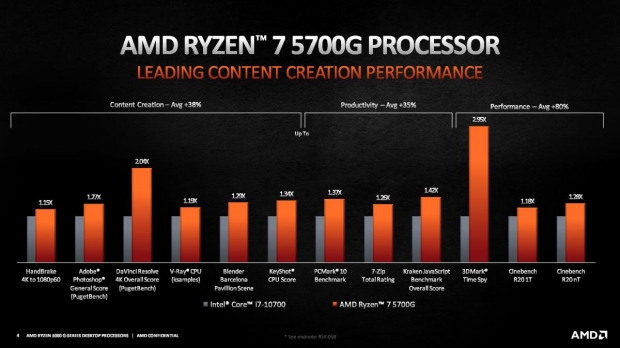 Content creation is great on the AMD Ryzen 7 5700G -- with some great performance across the board against the new Intel Core i7-10700 processor. 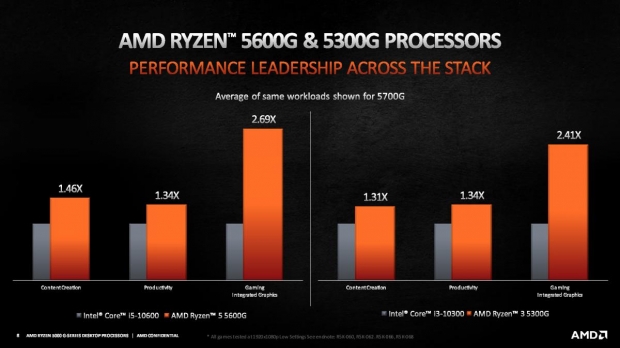