NVIDIA has just announced its super-beast new DGX Station 320G which packs the latest and greatest NVIDIA A100 Tensor Core GPUs which in this 4-way GPU system pack an insane 320GB of super-fast HBM2e memory.

This isn't a system for gamers but for the much higher-end AI and HPC (high-performance computing) markets, which will super-speed machine learning and data science performance where it's needed. Think about laboratories, home offices, VFX studios, research facilities and everything in between. 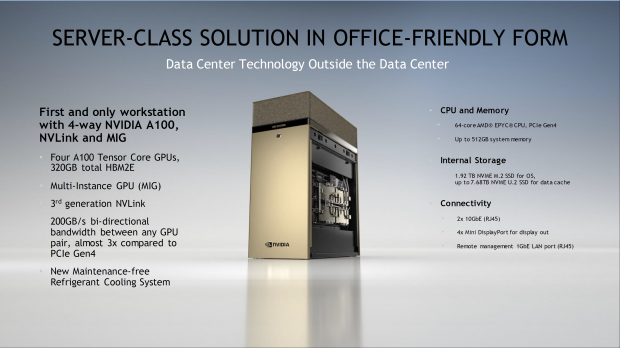 Inside, we have 4 x NVIDIA A100 Tensor Core GPUs with a total of 320GB of HBM2e memory (80GB HBM2e memory per GPU) with multi-instance GPU (MIG) and third-gen NVLink connectivity. We have 200GB/sec of bi-directional bandwidth between GPU pairs, which is nearly 3x higher than the bandwidth available over the PCIe 4.0 standard. 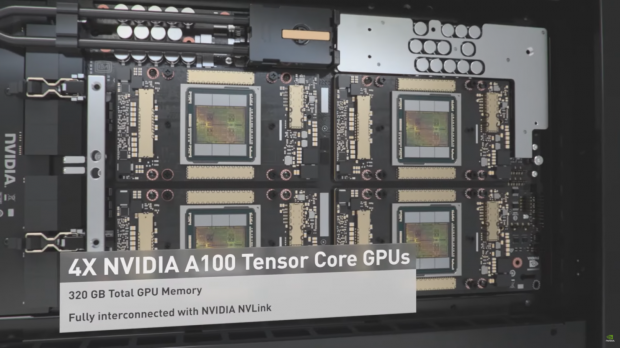 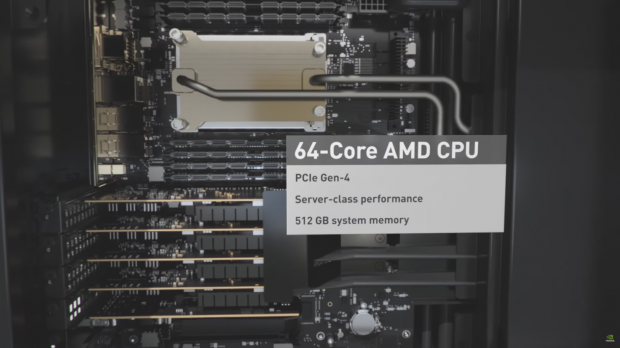 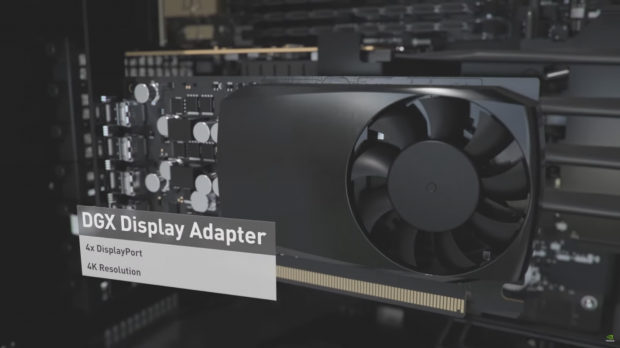 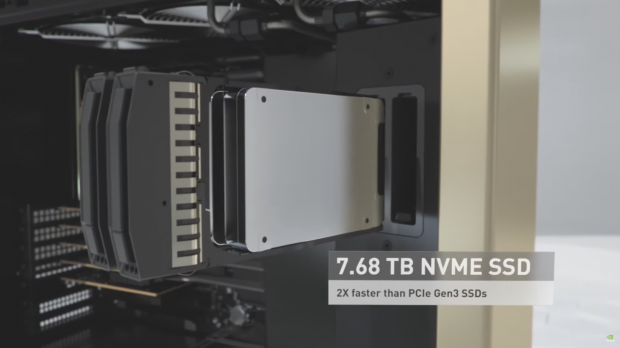 The NVIDIA DGX Station 320G is a meticulously built AI server, and even better with its cooling -- check it out below: 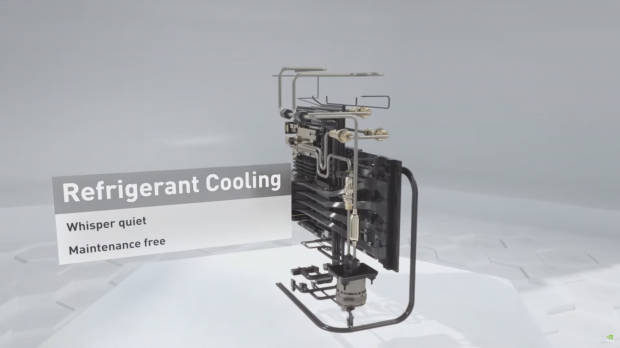 The entire system has a refrigerant cooling system, which is absolutely beautiful, with 2 x 10GbE network connections, 4 x mini DisplayPort for video output. Better yet, the entire system is pretty much silent at just 37dB and is maintenance free, while the DGX Station 320G beast is powered by an equally huge 1500W PSU. 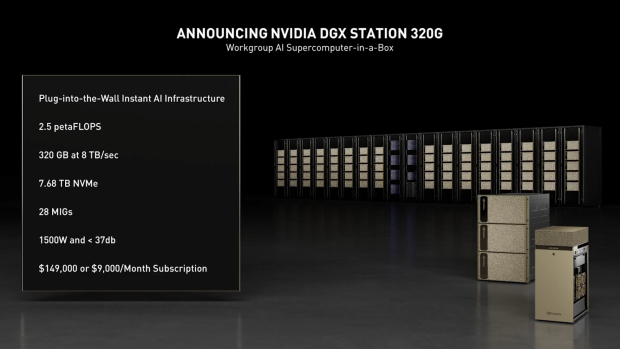 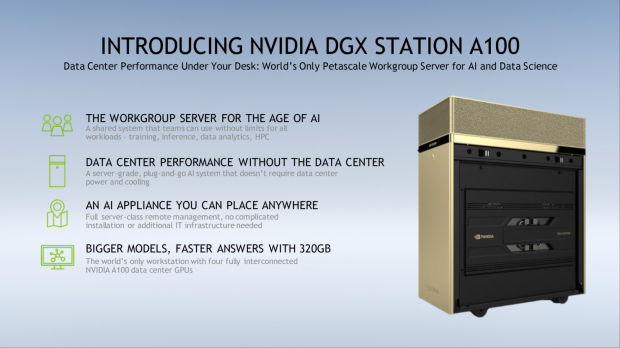