NVIDIA has just announced its first-ever CPU with the introduction of Grace, a new ARM-based processor designed for AI and servers -- and not for your gaming PC. 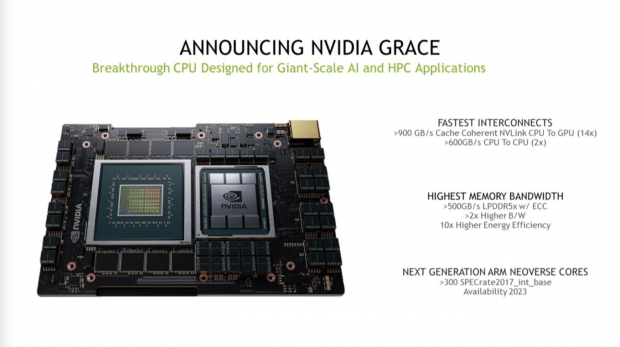 The new NVIDIA Grace processor has 500GB/sec of memory bandwidth thanks to the use of next-gen LPDDR5X memory, which is attached to the GPU through Cache Coherent NVLink to the GPUs at 900GB/sec, with CPU to CPU communications having up to 600GB/sec of bandwidth.

Huang explained: "Leading-edge AI and data science are pushing today's computer architecture beyond its limits-processing unthinkable amounts of data. Using licensed Arm IP, NVIDIA has designed Grace as a CPU specifically for giant-scale AI and HPC. Coupled with the GPU and DPU, Grace gives us the third foundational technology for computing, and the ability to re-architect the data center to advance AI. NVIDIA is now a three-chip company". 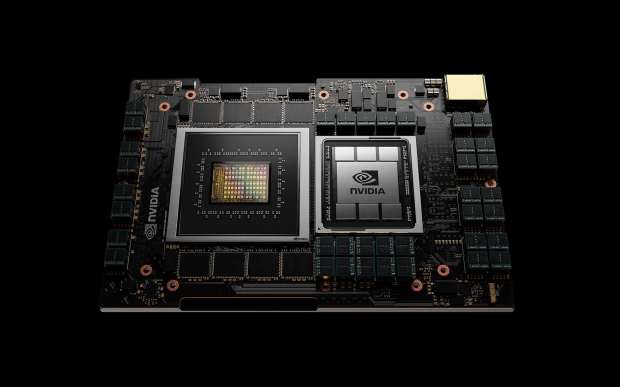