CD Projekt RED is no longer being accused as part of the anti-trust lawsuit against Valve, the company today announced. 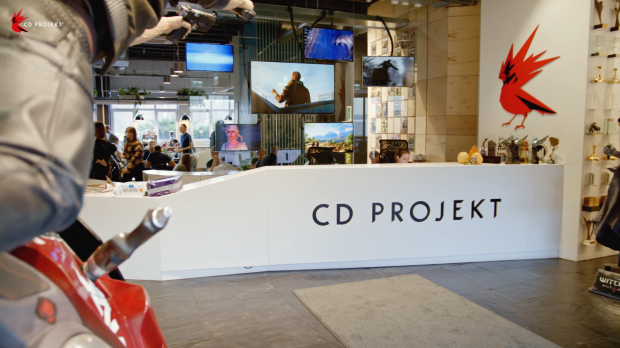 In January, five gamers banded together and sued Valve for allegedly creating an environment that suppresses competition. The allegations surround a specific clause in the contracts that developers sign to put their games on Steam--the Most Favored Nations clause, which essentially requires devs to sell their games for the same price as they do on Steam. If a game is $19.99 on Steam, it needs to be $19.99 on PS4 and Xbox One. The suit alleges that the MFN clause restricts other storefronts and inhibits competition:

"If this market functioned properly-that is, if the Steam MFN did not exist and platforms were able to compete on price-platforms competing with Steam would be able to provide the same (or higher) margins to game developers while simultaneously providing lower prices to consumers," the lawsuit says.

A number of developers and publishers were lumped into the suit, including CD Projekt RED. Now the beleaguered Cyberpunk 2077 developer confirms they've been removed from the suit entirely.

There's no updates on the substantial class action securities fraud lawsuits that CD Projekt faces for Cyberpunk 2077, however.

In relation to Current Report no. 8/2021 of 29 January 2021, as an update to information concerning the filing of a class action lawsuit in the USA concerning potential infringement of US antitrust regulations by allegedly acceding to a "Most Favored Nations" clause in distribution agreements concluded with Valve Corporation, the Management Board of CD PROJEKT S.A. hereby announces that according to the plaintiffs' filing on 8 April 2021, the claims directed against CD PROJEKT S.A. and CD PROJEKT Inc. have been withdrawn, and, consequently, these entities have been excluded from the ongoing lawsuit.