Abandoned isn't the next Hideo Kojima game. Blue Box Games put up a post confirming that they have nothing to do with the Japanese auteur. Yes, Kojima wants to make a new horror game, but Abandoned apparently isn't it.

So how did we get here? Why did gamers think Kojima was responsible? 2013's old P.T. demo is partly to blame. Back then, Kojima used the pseudonym 7780s Studio to publish P.T., the playable teaser demo for the cancelled Silent Hills game. People figured it out in short order and soon everyone knew P.T. was Kojima's creation. Kojima also did the same thing with The Phantom Pain. Gamers thought the same thing could be happening with Blue Box Games.

We received several emails regarding the Hideo Kojima rumor. We have no association with Hideo Kojima nor do we claim to have any association nor was it our intention to claim such a statement. We are a small group of developers working on a passionate title we wanted to work on for a long time. We have been assisting other studios in the past with their projects and we wanted to work on our very first big project. While it is true that we've been working on small projects in the past, we certainly didn't use that for marketing purposes. We hope this has clarified this matter and hope to see you all in our very first gameplay reveal of Abandoned.

On the surface, the indie developer's history is a big spotty.

Blue Box Games is a 10-person independent game studio from the Netherlands. Not a whole lot is known about the group.

The official website is currently under maintenance, although it actually had content when I checked it yesterday. A quick Wayback Machine search shows that the site was indeed active with postings, including pictures of developers and teases for multiple unannounced games. 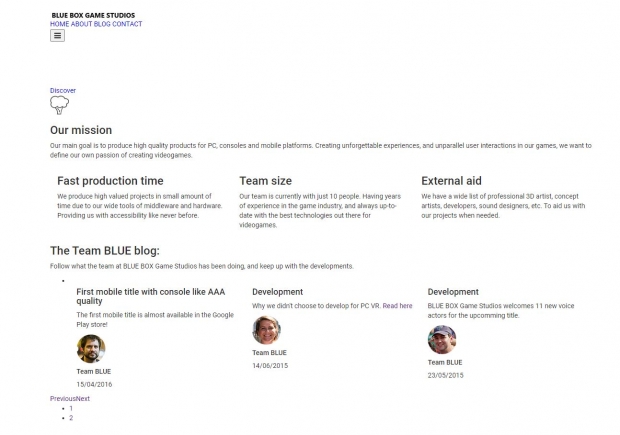 The studio has two games on its website: a 2015 horror game Rewind Voices of the Past, a cancelled PS4 game with a concept prototype on Steam Greenlight, and The Survivors, which I couldn't find any information on at all. 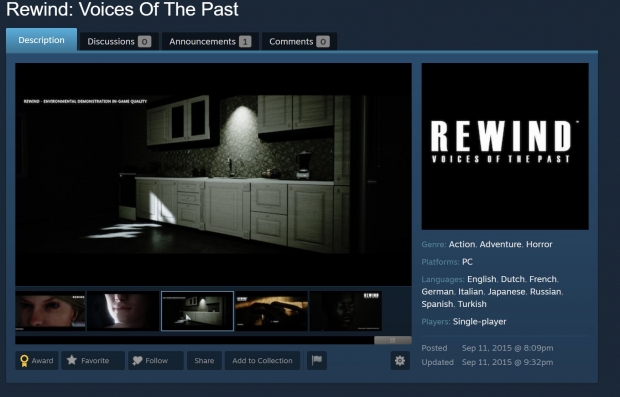 An inaccessible blog post mentions Team Blue's "first mobile game with console-like quality" is almost on the Google Play Store. This could be referring to The Survivors...but we couldn't find any evidence the game exists.

Blue Box Games also has a Twitter account, but it hasn't posted since February 2016, where it mentioned that Rewind: Voices of the Past was still in development.

It'll be interesting to see how Blue Box continues to respond to the fan theories, and whether or not it'll showcase more of Abandoned's gameplay. The footage looked rather amazing on the PlayStation 5, but it still had an air of indie game quality to it, especially at the end with the rough campfire animations.

The Evil Within 2 - PlayStation 4