ASUS is working on a next-gen ROG Strix G15 gaming laptop which will reportedly rock an all-AMD design with both Zen 3 and RDNA 2 technologies inside.

The new ROG Strix G15 gaming laptop has some new CPU-Z validation, confirming that it will be powered by the AMD Ryzen 9 5900HX processor and the unannounced Radeon RX 6800M graphics card. The new Radeon RX 6800M GPU will reportedly pack the full Navi 22 GPU with 2560 CUDA cores and 12GB of GDDR6 -- so the RX 6800M GPU inside of a laptop is virtually identical to the desktop RX 6700 XT GPU.

ASUS has a product code of G513QY on the laptop, confirming that it's the ROG Strix G15 gaming laptop that contains the Ryzen 9 5900HX processor + NVIDIA GeForce RTX 30 range of graphics cards -- other than that there's nothing else to report here. We should hopefully have some more information on the ASUS ROG Strix G15 gaming laptop and its new all-AMD tech in the coming months. 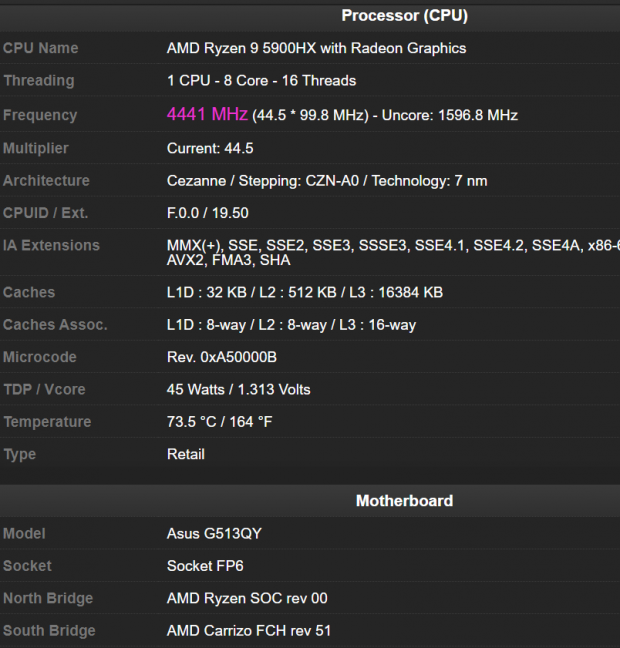