Old Xbox games are now playable directly from the cloud and will retain all performance and visual upgrades delivered on new Series S/X consoles. 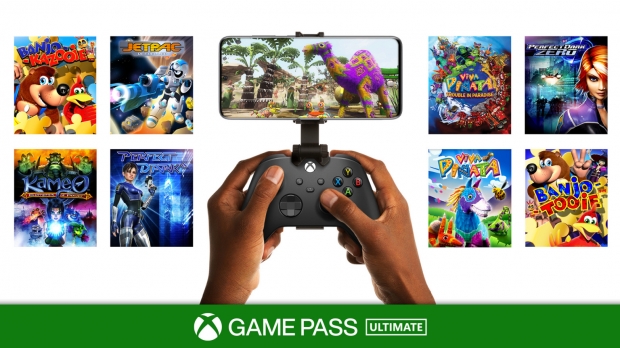 At a time when Nintendo and Sony are leaving the past behind, Microsoft is propelling its gaming history forward. Xbox backwards compatibility is one of the most compelling reasons to stay within Microsoft's ecosystem; the Series X being able to play four generations of Xbox games is a big selling point. The Series X is just one part of the ecosystem, though, and backward compatibility is now available to mobile devices.

Game Pass Ultimate subscribers can now stream old-school Xbox and Xbox 360 games directly to tablets and smartphones. Right now the list only includes 16 games (Morrowind, Oblivion, and Fallout New Vegas among them) but more are coming. One surprising part is how these games will still play better on mobiles than they do on their original hardware, benefiting from extras like FPS Boost.

"The backward compatibility team are genuine wizards. Being able to makes games just run better, as the hardware they are on, both on this generation of consoles or in the cloud, is more powerful than the platforms the games were originally on. That means quicker loading times and faster framerates," RARE studio head Craig Duncan said in an Xbox Wire post.

This actually makes sense. Microsoft is starting to use Xbox Series X SoCs in the blades that power its cloud game streaming servers. So basically you'll be able to play a game in Series X quality on your phone provided your connection is stable and powerful enough.

More games will come to Xbox Game Pass Ultimate's cloud streaming arm and we can expect all of them to deliver Series X-like enhancements when they do.