With ray-traced lighting, native 4K textures, and boosted frame rates, Resident Evil 8 will shine brightest on PS5 and Xbox Series X. It's still a looker on last-gen, though.

Resident Evil 8 was first announced as a next-gen exclusive, but Capcom is now releasing a PS4 and Xbox version too. This is a smart (and arguably necessary) move since no one can buy next-gen consoles right now. Capcom wants to sell 10 million copies of RE8 on all platforms and to do that they'll need to release the game on hardware that people can actually buy (or already own).

Releasing a cross-gen port brings stress, but Capcom has risen to the occasion. New footage from IGN shows RE8 actually looks great on the PS4 Pro. There's no distinct FPS drops (at least in the footage we've seen) and the combat looks quite smooth.

The footage reflects Capcom's commitment to high performance across all hardware:

"We also wanted to ensure the combat was smooth on all platforms, so we've been tweaking every detail right down to the wire to offer the best experience possible,"Resident Evil Village Producer Tsuyoshi Kanda said in a recent interview.

It's great to see Capcom has made good on to the assertions it made in September 2020, and that the game looks pretty smooth on older Jaguar SoCs. We'll have to wait to see how well it plays when it release on May 7, 2021.

"While Resident Evil Village is being developed specifically for next-generation consoles and PC, we're looking into delivering the experience on PlayStation 4 and Xbox One as well,"Capcom had said during TGS 2020. 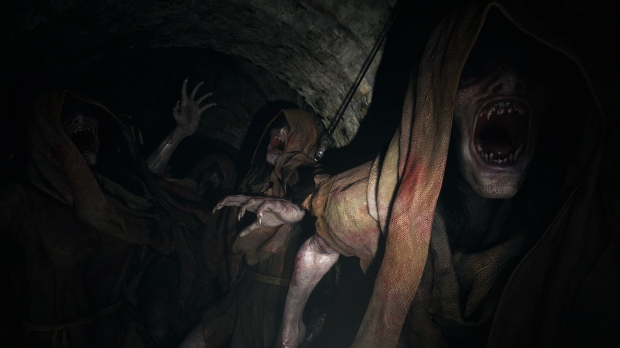