This year's Call of Duty is called Vanguard and returns to the franchise's World War II roots, sources tell Eurogamer. 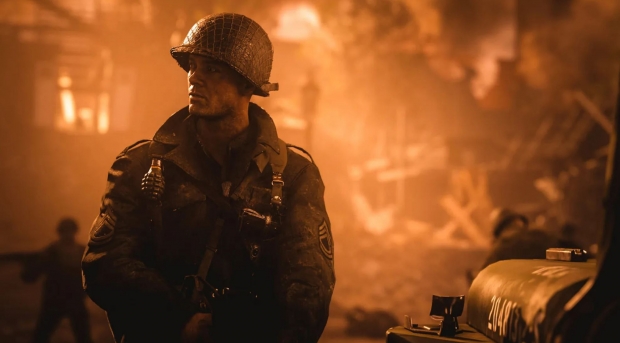 Activision has conscripted Sledgehammer Games to develop 2021's Call of Duty game, which will be set in World War II. Contrary to recent reports, the game won't follow an alternate history set in a 1950s timeline where WWII never ended. Instead, the game will be more traditional, sources tell Eurogamer's Wesley Yin-Poole.

Sledgehammer is being re-entrusted with the franchise after supporting Black Ops Cold War's development, and the news follows a substantial 100-worker expansion across its Australia- and California-based studios.

Activision expects Vanguard's sales to moderate and be lower than Black Ops Cold War, however. Even with a lower outlook, the company forecasts another record-breaking year in 2021 with $8.6 billion in projected revenues.

Warzone's influence helped the franchise generate a massive $3.9 billion in 2020, which represented 40% of Activision-Blizzard's total-year revenues. Activision also confirmed that Call of Duty 2021 (Vanguard) will be integrated into Warzone.

"In our outlook, we are conservatively assuming Call of Duty premium units are lower year-over-year. However, with opportunities in in-game across all platforms, including the ramp-up of Call of Duty mobile in China, we do expect growth in net bookings overall for the Call of Duty franchise.

"In summary, 2020 was a record year for the company. And as our 2021 outlook indicates, we believe the business has reached a new, structurally higher financial profile following our actions to expand our largest franchises. But there is much more to come. Our pipeline has never been stronger and as we look beyond 2021 and plan for 2022, we are looking forward to delivering some of the most eagerly anticipated content in the industry"