All NewsBusiness, Financial & LegalCases, Cooling & PSUContests & GiveawaysCPU, APU & ChipsetsDealsDisplays & ProjectorsGamingMotherboardsScience, Space & RoboticsStorageVideo CardsVirtual & Augmented Reality
All ReviewsAll ArticlesAudio, Sound & SpeakersCases, Cooling & PSUCPUs, Chipsets & SoCsComputer SystemsDisplays & ProjectorsGamingMotherboardsNetworkingPeripheralsStorageVideo Cards
GuidesGamingAsk the ExpertsNewsletterAboutForums
Gaming
According to Kotaku, EB Games has recalled all Xbox 360 Premium consoles it had in stock. Aparently staff at its stores were first told by its head office to test all units in stock for problems, but later on all stocked units were recalled some time last week.

However, this has nothing to do with the circle of death problems, but instead it seems to have been due to a batch of fault hard drives supplied with the Xbox 360 Premium. The Core units are not affected by this problem. 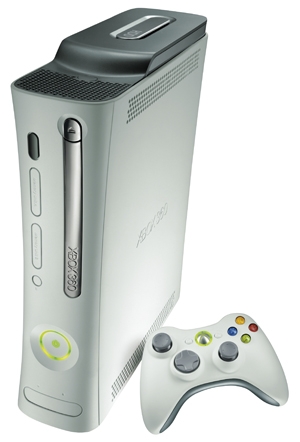 New consoles should arrive today or tomorrow to all EB Games stores, so if you're looking at getting an Xbox 360 Premium, then you might want to check with your local EB Games store before you head down to get one, as they might be out of stock still.

If just Microsoft would re-call all the consoles for a re-fit with a decent cooler now, so pepople don't have to worry about their consoles dying from overheating or whatever it is that's causing the rings of death. Still, a three year warranty is a pretty good deal on any consumer electronics these days.
Newsletter Subscription