A new report has come out that suggests that the WHO has a good idea of where the origin is of the COVID-19 virus. 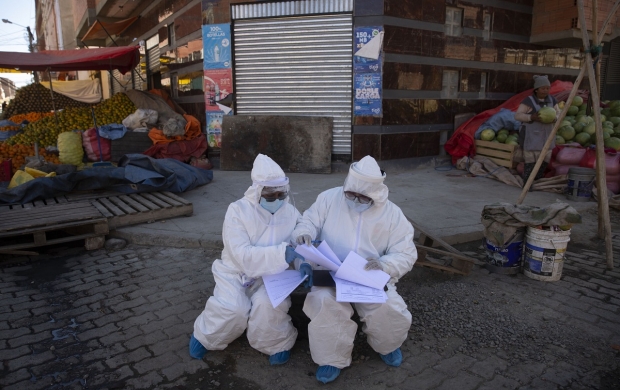 The new report has come from NPR and details that a member of the World Health Organization's (WHO) investigation team had a good idea of where COVID-19 originated. According to Peter Daszak, a disease ecologist with EcoHealth Alliance and a member of the WHO investigative team that went to China to try and uncover the origin of the COVID-19 virus, the most likely source of COVID-19 is "wildlife farms in southern China."

The new evidence that was found by the WHO origin investigation team indicates that vendors at the Huanan Seafood Wholesale Market in Wuhan were getting supplied with animals that were from these wildlife farms. These wildlife farms take "exotic animals, like civets, porcupines, pangolins, raccoon dogs and bamboo rats, and they breed them in captivity" according to Daszak.

Additionally, Daszak said, "In 2016, they had 14 million people employed in wildlife farms, and it was a $70 billion industry", but on February 24, 2020, the Chinese government began to shut down the wildlife farms. Daszak said, "What China did then was very important. They put out a declaration saying that they were going to stop the farming of wildlife for food. They sent out instructions to the farmers about how to safely dispose of the animals - to bury, kill or burn them - in a way that didn't spread disease".

Daszak goes on to say that the Chinese government acted due to the possibility of these farms being the origin of COVID-19 moving "from a bat into another animal and then into people. I do think that SARS-CoV-2 first got into people in South China. It's looking that way."